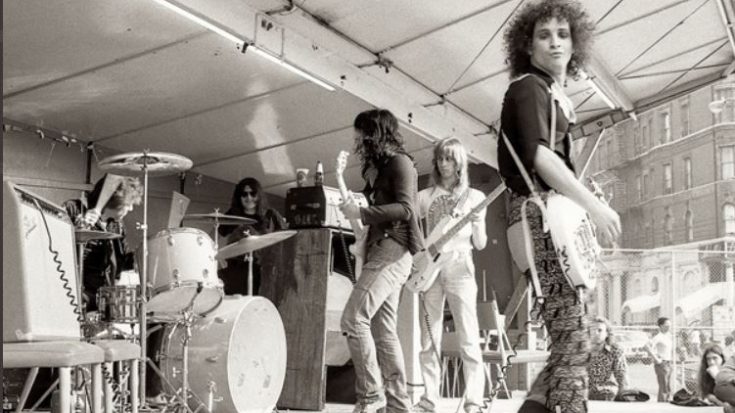 New York Dolls guitarist Sylvain Sylvain has passed away on January 13 at the age of 69.

His death was confirmed on his personal Facebook page via a post that read: “As most of you know, Sylvain battled cancer for the past two and 1/2 years. Though he fought it valiantly, yesterday he passed away from this disease. While we grieve his loss, we know that he is finally at peace and out of pain. Please crank up his music, light a candle, say a prayer and let’s send this beautiful doll on his way.”

Lenny Kaye of the Patti Smith group posted his appreciation for the guitarist, writing: “Syl loved rock and roll. His onstage joy, his radiant smile as he chopped at his guitar, revealed the sense of wonder he must have felt at the age of 10, emigrating from his native Cairo with his family in 1961, the ship pulling into New York Harbor and seeing the Statue of Liberty for the first time.”

“His role in the band was as lynchpin, keeping the revolving satellites of his bandmates in precision,” Kaye added. “Though he tried valiantly to keep the band going, in the end the Dolls’ moral fable overwhelmed them, not before seeding an influence that would engender many rock generations yet to come.”

He was born on February 14, 1951, and his family left Cairo, relocating to Paris and getting his first whiff of rock and roll. “My older brother took me to see Elvis in the movie houses — King Creole — and all the kids would bring their bongos and guitars, and sing along with those songs. That was so damn cool. That was my first take of guitar,” he told Vintage Guitar.

After settling in Queens, N.Y., he became friends with drummer Billy Murcia and formed the band Pox. After the group broke up, the two established a clothing company called Truth & Soul. They formed another band later on, recruiting John “Johnny Thunders” Genzale, Arthur Kane, and George “Rick Rivets” Fredericks. The band name New York Dolls was decided upon when Sylvain suggested it after seeing a shop named the New York Doll Hospital.

Sylvain was diagnosed with cancer in 2019, setting up a GoFundMe drive to pay for his surgery and recovery.