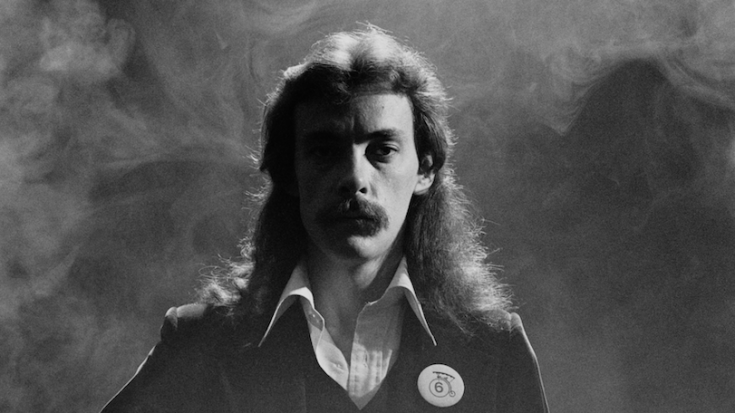 Neil Peart, drummer with Canadian rock band Rush, poses with one hand on his hip, with a smoke behind him in a studio portrait, 1978. (Photo by Fin Costello/Redferns/Getty Images)

Where do you plan on going from here?

Right after Rush’s self titled album was released, they started a string of U.S. shows- landing in Dallas, Texas. Don Moore interviewed the band backstage after a live show at the nightclub, Travis Street Electric Company. David Buell, who was the sound guy for the interview, admits that the radio hosts were “just college kids.”  The simple dialogue between the band and the students turned out to be archival footage of Rush before their fame. The band talks about their struggle to enter U.S. radio waves, the energy of rock and roll, and what Rush’s future has in store.

Don Moore asks, “Do you think that the high-energy rock and roll is kind of going out of style?”

“There hasn’t been any for quite some time actually,” begins Neil Peart. “People like Black Sabbath, that wasn’t energy music that was downer music- it was heavy but there was no energy.”

They name their influences among Jimmy Page and Jeff Beck. Moore asks about the songwriting and confirms that bassist Geddy Lee and guitarist Alex Lifeson are the primary songwriters. Geddy adds that drummer Neil Peart has also started writing with the band. “Neil’s just been in the band for about three months now,” Lee says. The interviewer re-affirms that Neil was not on Rush’s self-titled album. In the audio track, you can hear ice swirling in their glasses and a band playing from inside the club. Rush keeps their conversation humble and professional even in the informal interview. The group begins to talk about how Neil became part of Rush within a week of arriving in the U.S. from Canada.

Moore asks, “Were do you plan on going from here?”

“To the top!” exclaims Neil Peart.

Alex Lifeson jokes, “I’d like to go down to the Bahamas for a couple of weeks.”

“Kansas City. We’re gonna be in the U.S. ’till Christmas,” confirms Geddy Lee.