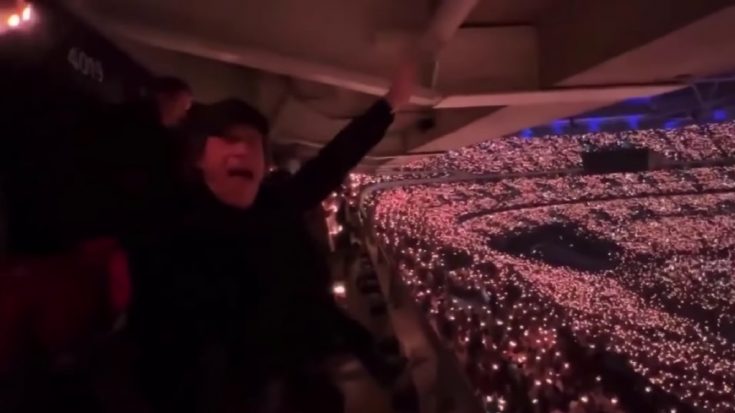 Mick Jagger never hides his dear admiration for the British rock band Coldplay. Jagger surprised everyone when he shared a clip of him watching Coldplay’s London concert at the Wembley Stadium having the greatest of time.

“Had a great time watching Coldplay last night A real busman’s holiday!” He captioned a clip of himself dancing and singing along to the band’s classic hit, “Fix You” which he posted last month. With a glow stick on his wrist, the legendary Rolling Stones frontman can be seen waving his arms in excitement.

Seems like the feelings of admiration are mutual for the two. Back in 2016, Coldplay frontman Chris Martin visited The Late Late Show with James Corden’s popular segment “Carpool Karaoke,” where musicians are invited to sing along with the host while traveling by car. In the video, Martin did his best “Jagger impression,” and afterward, expressed love for Jagger’s band. “I love going to see the Rolling Stones,” Martin confessed.

The performance was the conclusion of Coldplay’s six-night residency at the London Stadium during their Music of the Spheres tour. As for Mick Jagger, he recently wrapped a tour with his group, the Rolling Stones, earlier last August with their fans in Berlin, Germany.

Watch the compiled clips below.