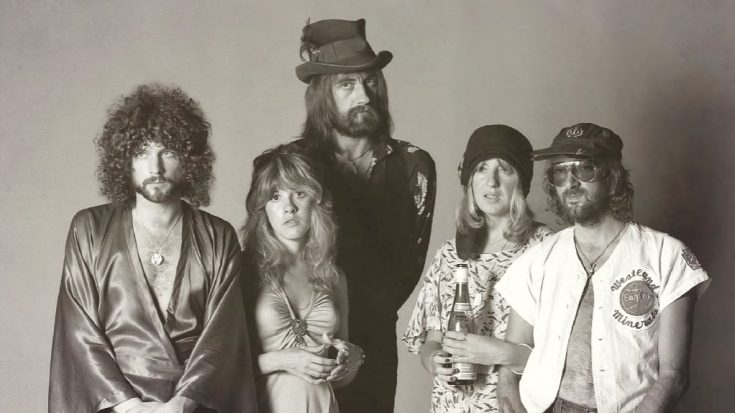 In their prime, Fleetwood Mac could throw better parties than any other group in the world. Surprisingly, no one was damaged severely despite their mutual addiction to party drugs, except perhaps their personal relationships in the group.

But despite all the turmoil, the band managed to create two of their most critically acclaimed albums, Rumours and Tusk during this time. Cocaine was a common interest for all band members, and for a while, it even served as a unifying factor. Everything about Fleetwood Mac was powered by cocaine, whether they were performing live in front of an audience, or inside the four-walled studio.

Mick Fleetwood once discussed the severity of the band’s drug use in an interview with The Sun. “I guess we figured we did X amount a day, and then some goofball got out a calculator and came up with that seven-miles figure and said, ‘Isn’t that funny?’ And it sort of is. But not in the context of where I want to end up,” he said. The amount wasn’t exactly explained, but the seven-mile ballpark is enough to prove how excessive Fleetwood Mac’s drug habits were.

Moreover, Fleetwood Mac’s singer-songwriter, Stevie Nicks also explained that there were moments in her life when she frequently blacked out due to her drug dependency. She explained it all via Louder Sound:

“All of us were drug addicts, but there was a point where I was the worst drug addict,” she explained. “I was a girl, I was fragile, and I was doing a lot of coke. And I had that hole in my nose. So, it was dangerous.” By 1986, Nicks dragged herself into a rehabilitation center and checked in to help cope with her drug problem.