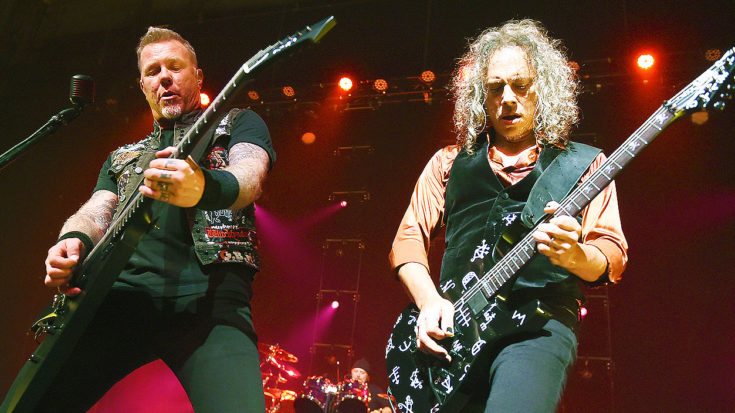 In February 2017, Black Sabbath closed the curtain on their storied career. The band’s final performance in their hometown Birmingham was one for the ages, and is even set to be released across theaters for fans to enjoy all over the world.

Metallica are currently on their world tour, and recently performed in Birmingham, Black Sabbath’s hometown. Well in honor of the legendary Ozzy Osbourne led group, Metallica’s Rob Trujillo and Kirk Hammett played the riff to “War Pigs,” and got the crowd into it! The crowd instantly recognized the riff, and when it got to the first verse, they didn’t hesitate to chime right in and sing along! It’s an amazing moment and one that Black Sabbath and Metallica fans will truly appreciate it! It’s not the best cover in the world, but it’s not meant to be. It’s more for the tribute, and honoring of Birmingham.

Check out the awesome video down below, and let us know what you think!