Melissa Etheridge Rocks On ‘Faded By Design’ From ‘The Medicine Show’ 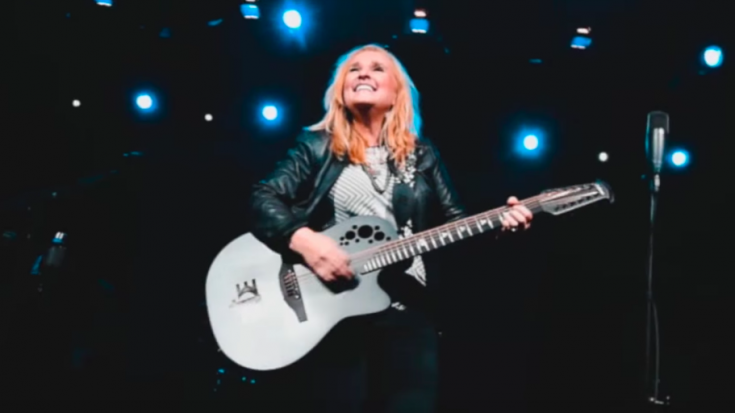 Melissa Etheridge will return with her 15th studio album The Medicine Show and she has recently released her first single off the album “Faded By Design”. Rolling Stone Magazine has nothing but positive praise on the song, describing it as “proud declaration of resilience.”


Etheridge talks about the track and the upcoming album and shares,

“The sound of the song and the whole record is purposefully aimed at that ’90s rock sound. When rock was moody and fierce. ‘Faded’ is spot on a Melissa Etheridge song. You know it from the first few notes. I wrote it on my 12-string and kept it true to that sound.”

Working on the new album, Etheridge has reunited with producer John Shanks who has famously worked with Keith Urban, Bon Jovi, Kelly Clarkson and many more prominent artists. The album The Medicine Show features 11 tracks including songs such as ‘Shaking,’ ‘Here Comes The Pain,’ ‘Human Chain’ and ‘Last Hello’ — a song that was written about the courage shown by the survivors of the Parkland school shootings. Etheridge has been a known advocate for a number of causes, campaigning for human rights, breast cancer awareness, and is a supporter of the LGBTQ community,

The Grammy and Oscar-winning artist will be starting an extensive tour promoting the new album in Europe and North America which will kick off in Bonia Springs, Florida in March and will go on until July.

Things are looking pretty bright for Etheridge who holds so many accolades under her belt such as five platinum and three multi-platinum records, with 15 Grammy nominations and two wins, and selling over 25 million albums in her 30-year career. She also won an Academy Award for ‘I Need to Wake Up’  from the climate change documentary An Inconvenient Truth.