Martin Short’s Funny Story of Getting High With George Harrison 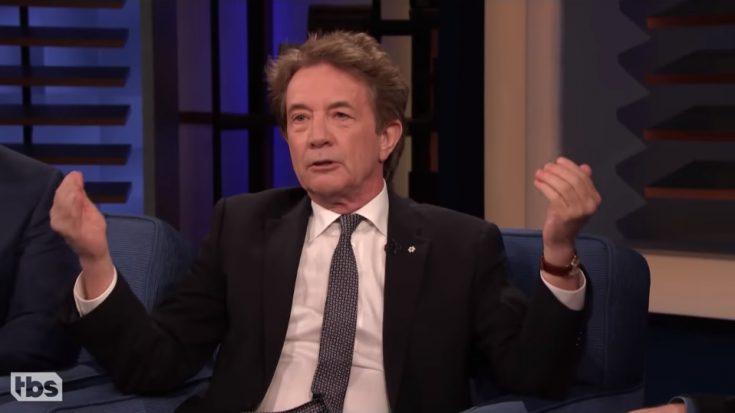 While accounts of The Beatles getting high isn’t exactly news, they can often be pretty entertaining. George Harrison once told the story of how the band discover marijuana through the legend Bob Dylan, which they preferred over any substance of their time. In light of George Harrison stories, American-Canadian comedian Martin Short shares his own escapade with the late Beatle on Conan O’Brien’s late night TV show.

Conan lays down the foundation of how Martin Short has “met them all”, referring to the fact that Short has met many big celebrities, and even brushed elbows with some. Short comically rebuts with, “I guess the most exciting celebrity to meet is someone…not anyone in your peer group (because you’re competitive with them and you want their failure). When you’re 12 and 11, and the big stars of that time are the ones that are[sic], and I would say of all the people I met through the years, the one that I could not believe I was meeting, was George Harrison.”

Conan takes note of it surprisingly, “Oh wow, you met George Harrison!”, to which Short corrected with, “I got HIGH with George Harrison,” surprising Conan even further. Cue applause from the audience. Martin Short was visibly beaming, and proceeds to stand up as-a-matter-of-factly, fixing his coat, his stance resplendent.

Ever the comedian, Short proceeds to sit down with much fuss and emphasis on crossing his legs(with Conan mimicking it hilariously), proceeding to prop them up on Conan’s arm rests, before finally composing himself and started narrating. “It was 1990, and this fabulous Hollywood couple that I won’t reveal the names of, phone me up and said ‘We’re having a dinner party, how[sic] would you like to meet a Beatle?’ ‘Yeah, I would!’, they were gonna have George Harrison.”

Co-host Andy Richter butted in, “Oh, you should’ve said, ‘Which one?'” Short replied with, “Yeah, I know, I know, I don’t have that kind of wit,” eliciting laughter from the audience. Short tells how his wife was playing Rubber Soul while on the way and comically suggested harassing the former Beatle with questions about their past. In the venue, he hilariously describes Harrison – as the Beatle showed up – of how he looked like George Harrison, and very fabulous at that, he says. He even imitated Harrison’s accent when he asked everyone if anybody wanted to hear his Wilburys album.

As people were gathered around Harrison when he plugged in the album, a song or to into it, they were slowly drifting to and fro, minding to their own businesses. Short stayed with Harrison, however, and recalls, as people would come by them, of how Harrison would enthusiastically sing lyrics right on their faces. Later into the night, just as they were about to watch The Hunt For Red October, his friend (the party’s host) asks, “Does anyone mind if I smoke a doobie?” to which nobody objected to.

As his friend smoked a big puff, the joint was passed until it reached Short, to which he took a drag as well, and as he sat beside Harrison, contemplated if he should pass it to him, “…will I offend him, will Maharishi Mahesh Yogi be mad at me?”, but finally dismissed his doubts and passed it to Harrison. Harrison, obviously surprised and delighted at the same time (based on Short’s amusing portrayal), and exclaimed, “Ahh! The sixties!” As soon as the good stuff started taking effect, Harrison was to Short talking very audibly, loud enough to block the movie’s audio. Harrison said, “You know, I can’t watch Sean Connery, it’s like watching a Beatle, he’s too famous.”

Short continues to narrate the comic anecdote, “And in the second he says ‘Beatle’, he pops up like that!” Short mimicking what happened that night, and propping himself upright as if jolted from his stupor by electricity. “Beatle! Did somebody say Beatle!?” Harrison purportedly exclaimed. Someone from the viewing party shushed the two men, to which the weed-imbibed pair happily obliged to. Martin Short then ends his narrative with him telling George Harrison, “Way to go, asshole.” Check the above video for the whole footage!