Malcolm Young: What Makes Him An Exceptional Guitar Player 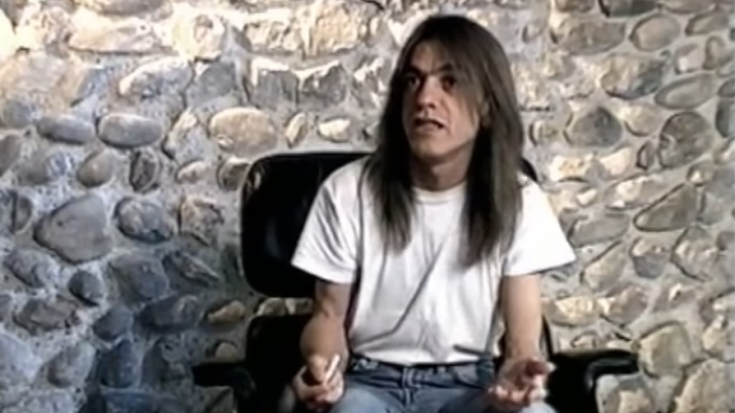 When one mentions AC/DC, it’s always the big riffs and piercing vocals that roil the rocker in everyone. In the strings department, specifically, no one could deny the overpowering crunch of the Young brother’s lead and rhythm duo. But most of the time, it is Angus that carries the spotlight – it’s hard not to notice the axman as he struts around the stage with endless energy.

But what about Malcolm? He’s usually discreetly tucked somewhere in front of the amp stacks onstage, minding his own business and supporting his brother. Due to this, most often miss out on the importance of the older sibling in the band’s music. But Malcolm was a force to be reckoned with. He was quiet as he was intense – he knew what would work on their songs and what won’t. The man was a musical genius apart from his management whiz, able to provide something that was authentic rock n’ roll. Yes, Malcolm often pointed out that his style was “rock n’ roll” and not just simply rock. He said rock didn’t just have that “swing” that rock n’ roll does, and it’d be foolish not to believe him – he was one of the best at what he did.

Malcolm’s playing is based on liberty – he doesn’t stifle or chokes out chords and notes and lets them ring as long as they can. One cannot deny the power that every strum of his hand brings to AC/DC’s entire musical makeup. He didn’t strum just for the sake of letting the sound ring out, but he strums with conviction, which everyone can hear on almost every song. The force of his strumming brings another level of clarity in AC/DC’s sound amidst the crunch of overdriven effects, which is quite an amazing feat in itself.

One might dismiss AC/DC’s work that they were just a chord-based riffing band and that it was fairly easy to do what they were doing. That’s where critics and naysayers got it wrong – indeed, Malcolm’s playing basically consisted of open chords, but it was his way of dishing them out that made the difference. From simple pauses to more specific riffing tricks, Malcolm kept the class that separated the band from the rest.

For people who have an ear for rhythm, it is hard not to put Malcolm Young on a pedestal for his driving force that pushed AC/DC’s sound to where it is now. It is only right to conclude that without Malcolm Young, there would be no AC/DC as well.