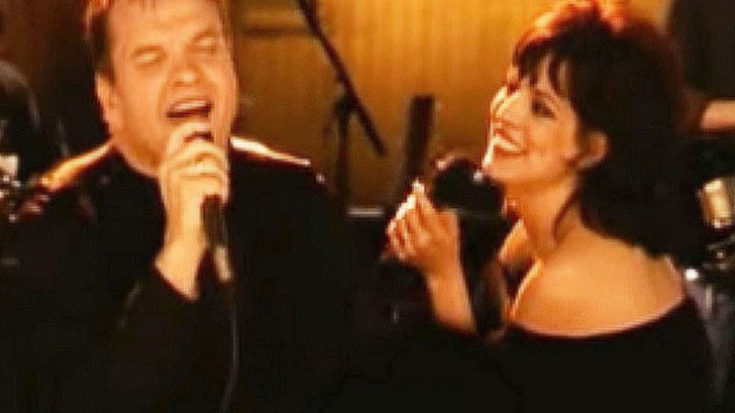 In October 1998, Grammy-award winning artist Meat Loaf took centerstage in a much more intimate setting than usual for an episode of VH1’s Storytellers. It was on this show that Meat Loaf told the stories behind the many songs he played that night, including “I’d Do Anything For Love (But I Won’t Do That)” off of his sixth studio album Bat Out of Hell II: Back Into Hell – even going as far as to explain the meaning behind ‘that’  in ‘but I won’t do that’.

Before being joined by Patti Russo for this dazzling performance, Meat Loaf actually brought out a chalkboard on stage with the lyrics to this song written on it. He explained that the line before every chorus is what ‘that’ is; “I’ll never forget the way you feel right now” alludes to ‘forgetting the way she feels tonight’ being what he won’t do.

Fun fact: After the success of this episode, Meat Loaf bought the decorations from VH1 and embarked on the Storytellers Tour throughout the U.S. and Canada.

Once he’s done explaining, he and Patti share the stage to deliver a breathtaking performance of “I’d Do Anything For Love”, immersing the audience in their love story as they sit face to face pleading for each other’s love. A tale of lonely souls starving for affection who happily find each other, it’ll have you watching until the very last second – see the amazing performance here!