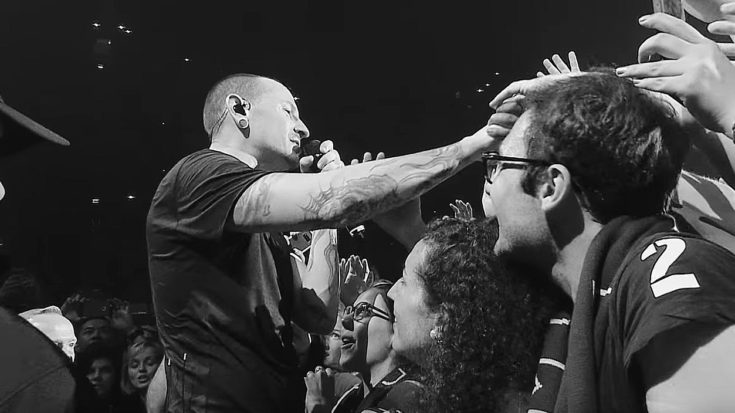 This past July, we were saddened and crushed to hear the tragic news that Linkin Park front man Chester Bennington had committed suicide. Though this happened in July, it still feels like yesterday and it’s obvious that the world of rock & roll, let alone the Linkin Park community, will be feeling the void for a very long time, if not forever.

Each one of Linkin Park’s songs were laced with lyrics that really shed a light on the pain that listeners may have been feeling, all coming from Chester’s own experiences. Chester always gave his pain a voice, and when you go back and listen to each song, it becomes more and more clear that there was a lot of pain, which makes it all the more heartbreaking.

Linkin Park has just released a video of one of Chester’s last performances of their iconic hit song “Crawling”, but there was a twist. The band didn’t play the full-band hard rock version of this song as heard on the recording, what you’re about to hear is a stripped down version of this song with just piano and voice. To put it simply, this version will have you in tears. Have tissues ready.