Lemmy Lives On In Faithful Cover Of David Bowie’s “Heroes” – Can You Listen Without Getting Choked Up? 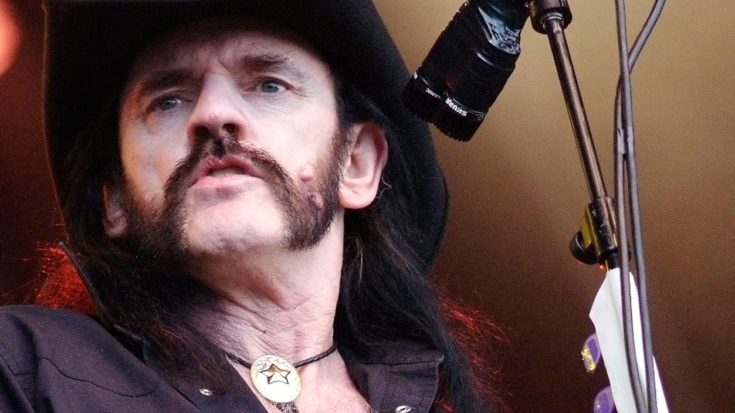 Today is the second anniversary of the death of Motörhead frontman Lemmy Kilmister and still, even in death, the late legend is finding brand new ways to surprise and delight fans around the world. With 22 albums under Motörhead’s belt at the time of Lemmy’s death in late 2015, surviving band members Mikkey Dee and Phil Campbell are gearing up for the release of Under Cöver, a compilation of some of Motörhead’s favorite songs, covered by the band over the years with some dating even as far back as 1992.

“It’s such a great Bowie song, one of his best, and I could only see great things coming out of it from us, and so it proved to be. Lemmy ended up loving our version.” revealed Motörhead guitarist Phil Campbell.

With nods to everyone from Metallica to Judas Priest and the Sex Pistols, Motörhead’s gritty cover of David Bowie’s 1977 anthem “Heroes” is the star of the show. Recorded in 2015 during the Bad Magic sessions and performed only once just 6 months before Lemmy’s death, “Heroes” bears the hallmark of the original version; hazy, anthemic and inspiring, when paired with Motörhead’s signature grit and an accompanying music video that shows footage of the band’s last few months, “Heroes” is a fitting eulogy for a band who may not have been the textbook definition of heroes but damn sure came, saw, and conquered life and inspired the rest of us to do the same.

No wonder it was one of Lemmy’s favorites. Check it out in the video below – we dare you not to get a little choked up when that final scene rolls around!