Lego Will Make A Fender Stratocaster Set Thanks To A Fan 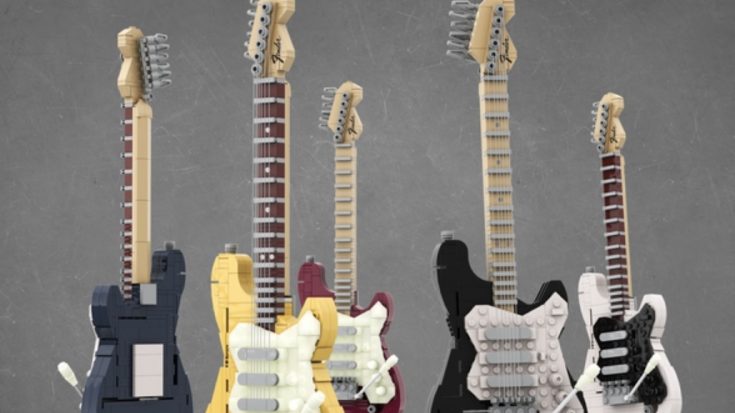 Making a fun way to learn and associate with music is indeed a challenging task, especially for toymakers like LEGO Corporation. A fan, however, has changed the game for the company. LEGO has announced a new Fender Stratocaster construction set which is based on a fan submission that won the 2020 LEGO Ideas contest.

TOMOELL owns the winning LEGO Ideas design that will be taken in by the company and turned into an official product. The Fender Strat set marks the first of many music-centric products that the company is seeking to push out, as they are starting to expand to an adult audience.

LEGO Ideas Design Manager Sam Johnson shared (via Brick Fanatics) that “Everyone has seen the Fender Stratocaster guitar, it’s super famous and we think it’s going to be exciting to bring this to life using LEGO bricks. Music is a relatively new place for LEGO to play in so we’re really excited to see how we can execute this.”

TOMOELL has actually produced several Stratocaster model colorways for his winning submission, but it is possible that the brand will settle for a single design, which is speculated to arrive sometime in 2021.

Meanwhile, Fender hasn’t slowed down in terms of relevance this 2020 despite the pandemic as guitar sales were boosted this year than any other time period, which is likely caused by a wider customer demographic wanting to try music during the lockdown period. The brand is also offering free guitar lessons throughout the end of the year.

This new branch of interest for LEGO fans is bound to bring tons of collaboration potential. Back then, builders had to customize in order to get the finished product they wanted, like one fan who built the band Tool and a stage set with the toy blocks, while another recreated Daft Punk’s Alive 2007 stage, both of which had a chance to be placed for manufacturing.