Lee Kerslake, Drummer Of Uriah Heep And Ozzy Passes Away At 73 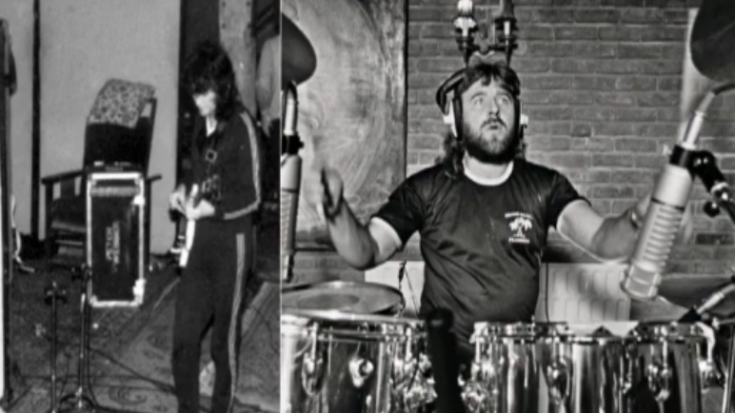 Ex-Uriah Heep and Ozzy Osbourne drummer Lee Kerslake has passed away at the age of 73 after a long grueling battle against prostate cancer.

“It’s with the heaviest of hearts that I share with you that Lee Kerslake, my friend of 55 years and the best drummer I ever played with, lost his battle with cancer at 03:30 this morning. He died peacefully, praise The Lord, but he will be terribly missed.

I know many of you were praying for him not to suffer and I thank you for that and, now that Lee is at peace, our thoughts and prayers should turn to his wife Sue who will need all the support she can get at this time,” he wrote via a social media post.

Kerslake entered Uriah Heep in 1971 and made his appearance on the 1972 album Demons and Wizards, along with eight more albums before leaving in 1978. He then teamed up with Ozzy for 1980’s Blizzard of Ozz and 1981’s Diary Of A Madman before rejoining Uriah Heep in a stint that ran for seven more albums before calling it quits in 2007 due to health issues.

Kersley fought a draggin and expensive legal battle against Ozzy’s camp over songwriting credits and royalty issues for his work on the two albums, as his and Bob Daisley’s names were removed from Diary of A Madman as they were fired before it was released and was falsely credited to new members Rudy Sarzo and Tommy Aldridge.

As the case neared a close, Sharon Osbourne sought Metallica’s Robert Trujillo and drummer Mark Bordin to re-record Kerslake and Daisley’s parts for a 2002 reissue as the two were close to winning the case, which they eventually did.

Kerslake contacted the Osbournes in 2018 to let them know about his health status and to see if they would send him platinum album certifications for his work on the said albums, which was finally granted last year. “It’s been 39 years since I’ve seen Lee,” said Ozzy. “But he lives forever on the records he played on for me, Blizzard of Ozz and Diary of A Madman. Lee Kerslake RIP.”