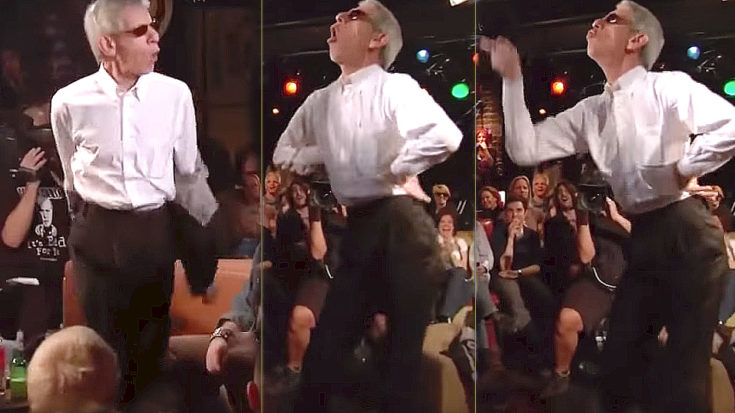 Move over, Adam Levine – we know someone else who’s got the serious “Moves Like Jagger” and he just proved it. Mick Jagger’s famous dance moves earned Law & Order: SVU star Richard Belzer some serious street cred during a 2011 appearance on The Green Room with Paul Provenza; during a bit about celebrity impressions, Belzer was asked if he “still does Jagger” and if so, was it better than that of fellow Green Room guest Rick Overton.

Fun Fact: Mick Jagger learned to dance from none other than Tina Turner, adopting his signature dance moves in the early days of their friendship.

Never one to back down from a challenge, Belzer threw down the gauntlet – immediately tearing off his blazer and engaging in a heated “Jagger Off” with Overton that included a fair amount of hand slapping, pointing wildly and opening and closing of mouths much to the delight of the audience. We’ve seen our fair share of Mick Jagger impressions over the years (our favorite comes from none other than comedian John Witherspoon) but Richard Belzer’s has to be the most bang on, faithful take on Sir Mick we’ve ever seen.

We won’t reveal the winner of the “Jagger Off” – but we will say that you’re in for a wildly entertaining few minutes and without a doubt, you’ll never watch Law & Order without laughing ever again!