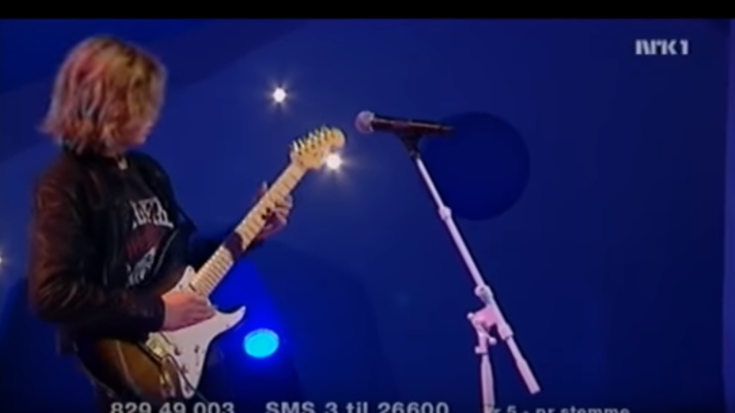 Just how good is this kid? Even experienced guitarists find it hard to emulate Stevie Ray Vaughan because well, the man’s a guitar god and he’s widely known for his raw and powerful playing – definitely not the easiest thing to do. But somehow, this 12-year old boy just nailed it!

“I practice playing the guitar for at least 3 hours every day. I have done that since I was 10 years old. Practicing has never been a chore for me. I have always loved playing the guitar. For me music is magic. And if you want to be one of the best, like Stevie Ray Vaughn, then you have to practice… A LOT!!” – Fredrik Halland

We do know this was clip is more than 10 years old and at 25, Fredrik Halland has had several achievements under his belt and is busy touring. This video alone is enough to convince you he’s going places and now, he is! At 9, he took guitar lessons and it served as his introduction to the blues.

“Texas Flood” isn’t the only Stevie Ray Vaughan tune he has played because Fredrik also covered “Little Wing” and “Mary Had A Little Lamb”. Let’s all remember that even other musicians openly admit that these aren’t the easiest songs to perform – more than talent, you need to have enough stamina to pull off SRV’s flawless playing. It takes a lot of energy to finish one song which is why Fredrik’s covers definitely showcased his mad guitar chops.

It takes some serious amount of dedication and hard work to be this good and so it comes as no surprise that Fredrik grew up touring with other iconic musicians and he even played on Michael Jackson’s 2014 posthumous album “Xscape.” As if that’s not enough, Fredrik also started his very own production company. Passion never does fail.