Keith Richards Shares Sweet Photo Of His Oldest Daughter For Her Birthday – This Is Too Precious! 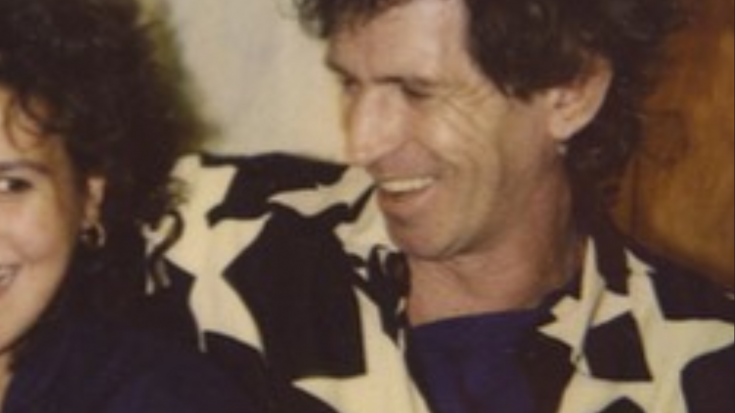 Your dad may be cool, but is he “cheated death 9 times and lived to post this sweet throwback picture of us together” cool?

Maybe not, but the immortal Keith Richards is!

Affectionately known to friends and family as “Dandelion,” Angela Richards is one of Keith’s more private children, shunning the glitz and glam that follow her younger sisters Alexandra and Theodora in exchange for a quiet life in the UK where she lives with her husband Dominic Jennings and runs a horse riding school.

She arrived with a bang on April 17, 1972, the second child born to Keith and Anita Pallenberg; rumors abounded as to who Angela’s father was in the months before she was born, with Keith actually believing at one point that his friend and bandmate Mick Jagger was the father, but all was well when it was time for Angela’s grand entrance into the world.

Angela spent most of her childhood in the care of her grandmother Doris, Keith’s mother, and upon her death in 2007 moved into a palatial estate owned by Keith, where she and her husband still live.

Keith may be a rockstar for the ages, but at the end of the day he’s got another job that’s far more important: being a dad to some seriously great kids. His big heart and love for others is never more apparent than when he takes a moment to remember the good times, and we hope that these two are having a fantastically fun day celebrating Angela’s 47 trips around the sun, full of love, family, and lots of cake.