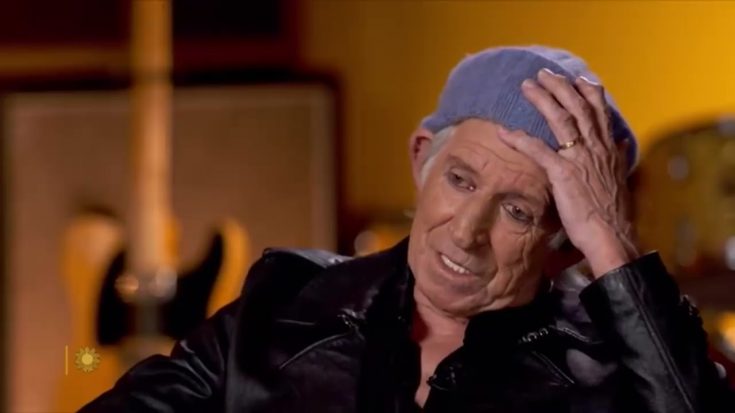 With all the controversies and bad publicities that surround them, it’s only rare to see a band that remains as vital and close-knight as the Rolling Stones. For a career that spans over half a century, their longevity as a band and as artists of their craft is worthy to be taken note of.

The Stones’ lineup had changed for some time until the band formally announced the official members which are composed of Mick Jagger (vocals), Keith Richards (guitar), Ronnie Wood (guitar), and Charlie Watts (drummer). Watts was the Stones’ main drummer and remained to be the only member who was present at every Stones’ gig, until August 2021, when the world was shocked to find out that Watts died of cancer.

The interview below shows Richards discussing his dear friend’s final days. Richards was surprised by Watts’ sudden death at 80 years old but knew that the drummer has been keeping his battle with cancer hidden for quite a long time. “I think he’d been trying to keep it under the wraps for a while last year,” Richards explained. “It came as quite a shock. He had a round with cancer, a year or two before, and beat that one; he just got hit with a double whammy, bless his soul.”

According to the guitarist, the Rolling Stones took a brief moment to talk about whether or not they should continue, and felt that Watts had always wanted the band to continue; so they did. “He wanted the tour to happen, that’s my feeling the last time I spoke to him,” Richards added.

Watts’ replacement was drummer Steve Jordan, who continued performing with the Stones for the entirety of the tour.