Keith Richards Asked Question No Rock Star Should Have To Answer—It’s Too Touchy…. 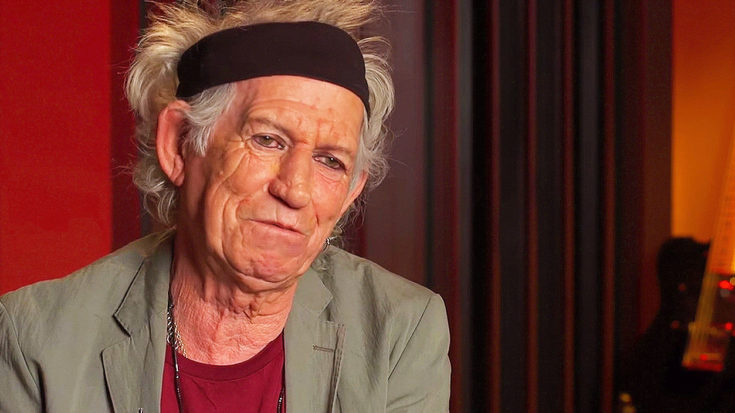 Man, That’s A Tough One…

Guitarist Keith Richards has been known for using a wide variety of guitars throughout his career. In a recent segment of a YouTube series tilted “Ask Keith Richards,” The Rolling Stones member was asked one of the most difficult questions he’s probably ever been asked. Richards was asked: If he was only allowed to own one guitar, which would it be and why? Richards seemed to hesitate for a second, before quickly deciding on his signature Fender Telecaster. One specific Telecaster Richards owns is a 1950s-era butterscotch blonde backguard telecaster. This guitar has been commonly known as Micawber.

“If I had to have just one, I would take the Telecaster because…we’re kind of married.”- Richards said with a laugh.

Micawber was actually a gift from Eric Clapton for Richard’s 27th birthday in 1970. Over time, Richards has made technical and some physical modifications to the guitar. One notable modification, is that the guitar is missing its 17th fret marker. Richards has been attached to the guitar for years, and hopefully we will hear him playing it on the Stone’s new record. According to Richards, the album is “in the can.” The band spent last year in the studio, and Mick Jagger reported that the band wrote and finished everything faster compared to any album in the past.

You can watch Richard’s full answer to the question down below!