Just weeks from heart surgery, Mick Jagger Is Back At It Again! 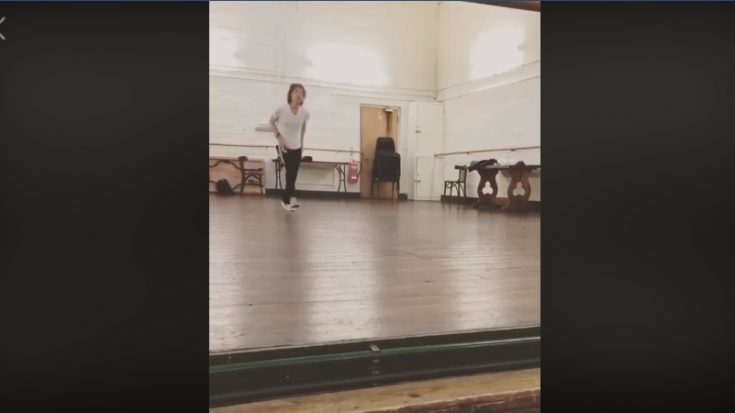 Sir Mick Jagger has been operated on recently, due to a heart problem. The Rolling Stones were forced to cancel their North American No Filter tour when news of Jagger’s current health deemed him unfit for live performances. Jagger underwent a non-invasive heart valve replacement surgery to replace a faulty valve, after it was discovered on a routine checkup.

After his surgery, Jagger sought time to recuperate, taking weeks off the spotlight. Ronnie Wood also shared updates of his buddy’s health, which was a positive, saying “He was amused and impressed! He is doing really well. I spoke to him yesterday and he’s feeling great.” All is well it seems, as his first appearance in public to support his girlfriend’s ballet directorial stint also reported a recovered Mick, who shied away from the crowds by staying backstage.

All of these, however, was topped by Jagger’s social media update on his Facebook page, posting a video snippet of what seems to be a dance practice rehearsal, moving to The Wombat’s song, “Techno Fan“. Mick seems to be in tip-top shape, robust dance moves being busted out by the iconic frontman. It seems he has completely recovered from the surgery, and just in time for the rescheduled No Filter tour. Check the video out below!

He also posted on his Twitter account the rescheduled tour dates, with the first gig on the 21st of June, in Chicago, Illinois. This means the band must be busy with the rehearsals, and Mick is the first one to tell the world of the good news.