Joni Mitchell Was The Reason Stevie Nicks Became A Singer 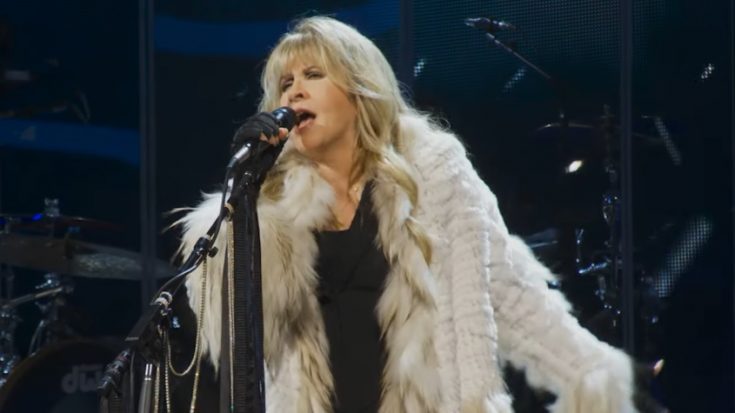 Fleetwood Mac’s Stevie Nicks is one of music’s most celebrated singer-songwriters. In fact, it’s not a huge surprise to reveal that she had Joni Mitchell to thank for all the inspiration she could get to dream big in the music industry.

In an unarchived 1981 interview of Nicks via BAM Magazine, the singer shared some trivia on what inspired her to write her then-newly released album, Bella Donna. When asked if there are any influences on her way of writing, she responded that it was Joni Mitchell’s songs that have an effect on her.

“I guess the stuff that really go me was Joni Mitchell’s early songs,” the “Landslide” singer said. “I learned so much from listening to her. In fact, I probably wouldn’t be doing this if it hadn’t been for her. It was her music that showed me I could say everything I wanted to and push it into one sentence and sing it well.” Her admiration for Mitchell ran deep that whenever the latter drops a new album, Nicks would be listening to it all week.

With a follow-up question asking if the inspiration was more “attitudinal than actual,” she responded “Right.”

“I didn’t want to play music like her…. I just loved the way she was a very personal writer yet easy to relate to. She was doing what I wanted to do,” Nicks added. Apart from Mitchell, the singer also drew lots of inspiration from different artists such as Jackson Browne, Janis Joplin, and even more surprising, Jimi Hendrix.

You can read the interview here.