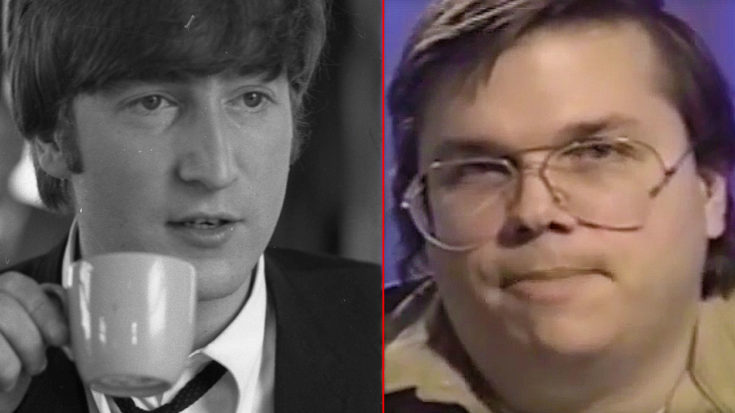 Mark David Chapman, convicted for the December 8, 1980 murder of John Lennon, revealed in a letter recently sold to a private buyer that he believes he’s been forgiven for his crime…by Jesus.

The letter, which dates back to 1992 and is addressed only to Chapman’s pen pal “Michael,” finds Chapman expressing his faith and his fervent belief that he is forgiven by Jesus for the crime that landed him in prison with a sentence of 20 years to life.

Just 25 when he shot Lennon in the back a total of 4 times as he walked into the Dakota apartment building in New York City, Chapman began planning the killing in earnest months before it was to take place and famously got Lennon to autograph his copy of Double Fantasy just six hours before his murder.

An excerpt from the letter reads:

“That is why he chose to die, to shed his blood so that our sins – even mine – could be forgiven. That is why he came. I wanted you to know that you, too, can actually KNOW and FEEL this Savior.

For he truly is one. I know. Twelve years ago I shot and killed the rock superstar John Lennon, formerly of the Beatles. There is a book that explains my motivations for this heinous crime, but let me say here that it was a horrible occurrence, I have never forgotten it.”

The letter was recently found and sold by Serial Killers Inc. – a company that specializes in the sale of serial killer memorabilia and that of other famous criminals. According to owner Eric Holler, Chapman’s letter to his pen pal sold “about an hour” after it went up on the website, snapped up by a private buyer and could be the catalyst for more Chapman memorabilia pertaining to John Lennon’s murder to be listed and sold.

While the Divine appears to have forgiven Mark David Chapman, Yoko Ono and the parole board have not; up for parole since 2000, Chapman has been denied a total of 9 times for every two years he’s been up for review and there’s nothing to indicate the parole board changing their minds when his next bid for release comes up.