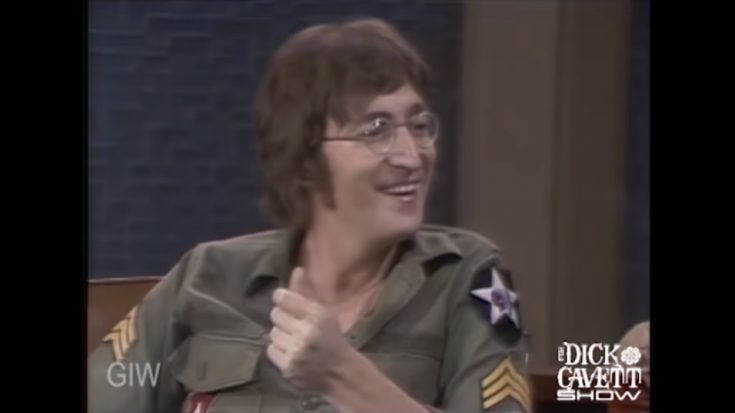 John Lennon’s popularity only rose as the years went by, from his controversial Beatles exit to his solo years. Added to this was his involvement with Yoko Ono, who became quite the attention magnet, following controversies during her intrusion in the Beatles studio sessions, up to John Lennon’s live performances. But all of this didn’t stop the two from going out in public, doing live shows, and even taking part in TV interviews. In this instance, the two appeared on the Dick Cavett Show, which was common venue for big names to drop by and get interviewed.

John Lennon showed his fast wit and humor when exchanging jabs and jokes with Dick Cavett, while Yoko Ono was quiet for most of the time, contributing here and there in some parts of the interview. The chit chat went on with Cavett jokingly saying he was mistaken as John Lennon due to their rather long crowning glory, to which Lennon responded with his hair being cut off and sent to an auction.

Click on the video below for the full interview!