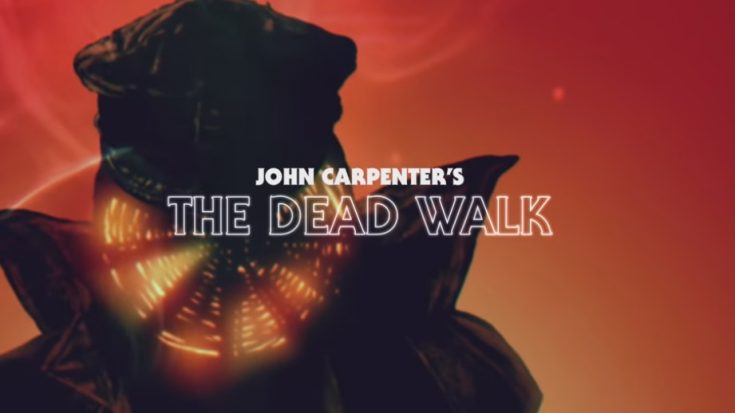 Carpenter is famous for his spine-chilling musical scores for movies like The Fog, Halloween, and Escape From New York. Now, he presents “The Dead Walk”, which utilizes synthesizers to up the feeling of suspense and horror that transports the listener into a world of fright curated by Carpenter.

The director has seen a sort of comeback in recent years thanks to his work on 2018’s Halloween, which was the highest-grossing installment film of the franchise ever. This put him back in the limelight and one can guarantee that his work on the film has similar inspirations on the new single.

“The Dead Walk” is part of his upcoming album, Lost Themes III: Alive After Death, which is up for release in February. Carpenter’s albums are made possible with the assistance of his son, Cody Carpenter, and godson, Daniel Davies, who has taken up the musical mantle from his father, Dave Davies of the Kinks.

Carpenter shared his creative process, saying that it begins with a motif from which a progression layer comes forth. From then on, it is a matter of relating the new musical layer from the previous to reach a conclusive track. He also boasts the efficiency between him and his new team, streamlining their process even further.