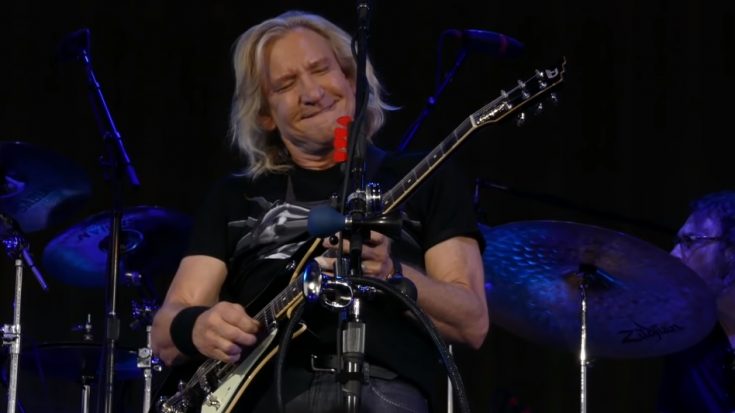 The postponement of the Eagles’ summer tour has sent Joe Walsh into another commitment – this time as the host of his very own Old-Fashioned Rock & Roll Radio Show. It began on Saturday and is aired via a Southern California public radio station.

The program will run for an hour each week and is broadcasted on 88.5 FM in the Los Angeles area, and was conceived by the Eagles guitarist to help the station. Walsh is a long-time listener and contributor to the station and came up with the idea after he reached out to programmers on how to help the station, which was almost guaranteed to have its revenue crippled by the pandemic.

“This public radio station serves the community I live in and is funded by listeners. I like that men with ties don’t decide what I listen to. My show will be a mixture of music I love, music I think people will want to hear and stories behind some of these songs that I’m pretty sure no one knows about. Hopefully, the show will generate some more listeners and support for the station, and we will have a lot of fun in the process,” Walsh said in a statement.

Station general manager Patrick Osburn said, “Joe will have free reign to essentially take over the programming duties for 88.5-FM for his hour. His playlist and blend of stories and anecdotes should make for an engaging 60 minutes. Being entertainment royalty and one of the many local fixtures of the SoCal/Hollywood community, we anticipate Joe’s Rolodex of potential guests runs deep, so we feel great about giving him the keys to the car! It’s flattering to have rock legends listening and financially supporting the station.”