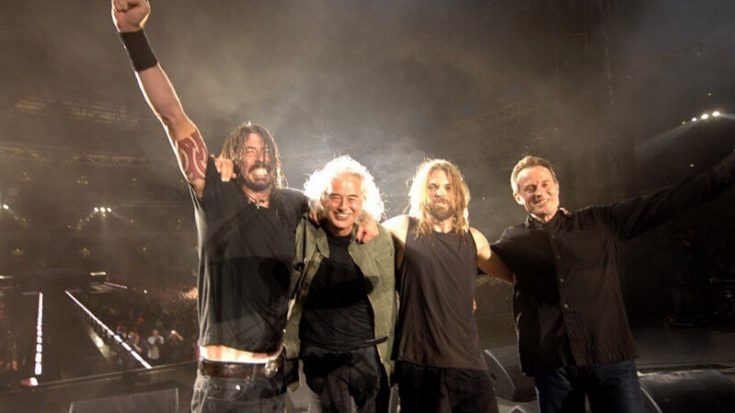 The ever social-media active Jimmy Page posts an unheard story once again. The Led Zeppelin icon posted on his Instagram page of a “secret” offer from the frontman of Foo Fighters, Dave Grohl. Read the retelling in his caption below!

“During the post-O2 period, I had been playing new material with Jason Bonham and John Paul Jones at rehearsal rooms. I was asked to play with the Foo Fighters at Wembley. This was after the Led Zeppelin show at the O2 attended by Dave Grohl.

So, on this day in 2008, John Paul Jones and I played ‘Ramble On’ and Dave sang with Taylor Hawkins on drums. Then Taylor swapped drums with Dave and he sang ‘Rock and Roll’. Dave Grohl said “You guys should come to the States and record with us”. I didn’t hear anything more from Grohl, and John Paul Jones’ communications seemed to dim.

The next I heard, they were promoting their new group. 📸 Ross Halfin, 2008″