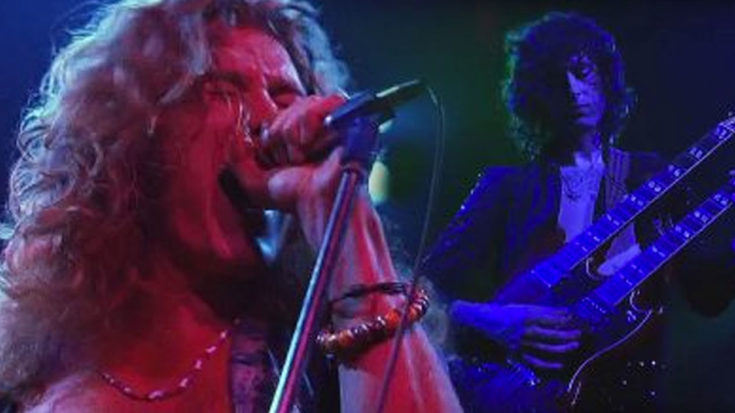 Taking It Way Back With 1976 Led Zeppelin

Led Zeppelin’s live concert film The Song Remains The Same goes down in rock history as one of the most influential pieces of concert footage ever recorded. It captures the band at the height of their success, giving fans of Led Zeppelin an intimate look at their favorite band as they delivered a showstopping 3-night performance at New York’s Madison Square Garden in 1973.

Our favorite part of the footage, however, is that of ‘The Rain Song’; featuring cinematic portions that include Robert Plant playing a medieval hero before switching over to some pretty intense live footage, ‘The Rain Song’ wasn’t just a performance – it was an experience.

Fun Fact: This was written after George Harrison, who is a huge fan, told John Bonham that “the trouble with Led Zeppelin” is that they “don’t do any ballads”.

In a kaleidoscope of blue and purple lights, Robert delivers one of the best vocal performances of his entire career while the legendary Jimmy Page orbits him with his double necked guitar, laying down a delicate and stunning chord progression that defies all explanation.

If any point you doubted Led Zeppelin’s ability to craft a song that’s equal parts rock and gorgeous ballad, ‘The Rain Song’ will make you a believer!