Janis Joplin Records ‘Me And Bobby McGee,’ And Music Is Never The Same Again 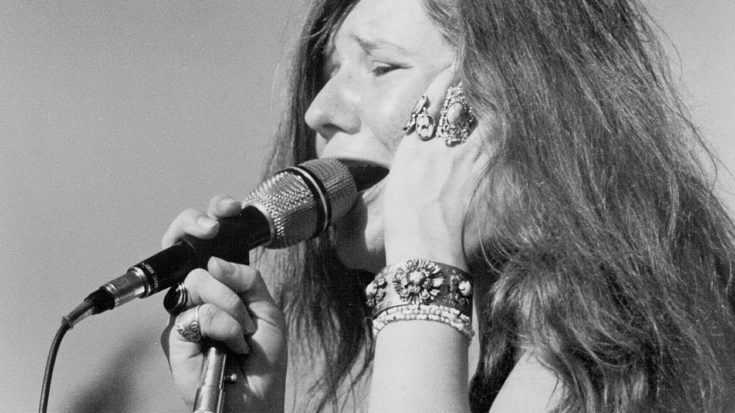 When singer-songwriter Kris Kristofferson penned the lyrics to “Me And Bobby McGee” in 1969, he supposedly had ex-lover Janis Joplin on his mind – but somehow, we don’t think he had any inkling of an idea that this would be one of the final songs ever recorded by the legend, or that it would go on to become her swan song. Recorded in Los Angeles between September 5 and October 1, 1970 with the help of Doors producer Paul A. Rothchild, “Me And Bobby McGee” in its rawest form features Janis performing the song in-studio, armed with only an acoustic guitar and her voice for the song’s initial takes as heard in this early demo, recorded during the Pearl Sessions in July 1970.

Trivia: Joplin topped the U.S. singles chart with the song in 1971 after her death, making the song the second posthumous number-one single in U.S. chart history.

Who had the first?

It’s fairly similar to the final version completed three days prior to Joplin’s death and heard on 1971’s Pearl, but the roughness in her voice gives “Me And Bobby McGee” a slightly grittier, intimate quality and almost feels like you’re in the studio with Janis as she runs through a demo so stunning that you’ll wonder why it wasn’t the final version.

Check out this exclusive “Me And Bobby McGee” demo from the Pearl Sessions – it’s one of our favorite moments in Janis Joplin’s career, and we’re sure it’ll be yours, too.