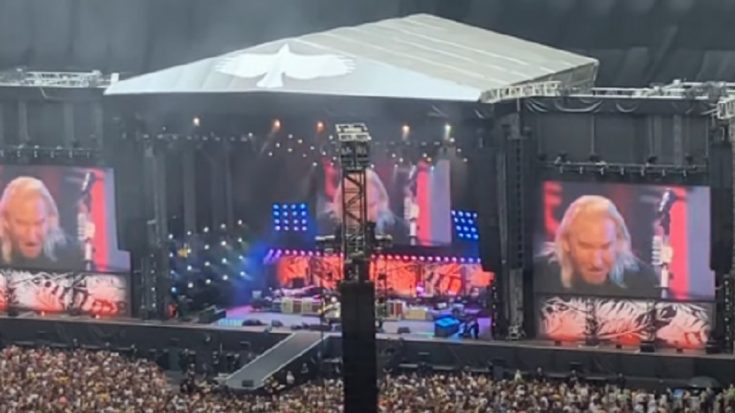 The Taylor Hawkins Tribute Concert in London marked the James Gang’s first performance together since 2006.

The legendary rockers, including Joe Walsh on guitar and vocals, Dale Peters on bass, and Jim Fox on drums, took the stage and performed “Funk #49,” “The Bomber,” and “Walk Away,” with Foo Fighters’ Dave Grohl serving as a second drummer in “Funk #49.”

James Gang announced their reunion earlier this year, with the concert serving as Walsh’s sixth annual VetsAid charity event. The occasion, which will take place on November 13 this year at the Nationwide Arena in Columbus, Ohio, will also look forward for Grohl’s appearance.

On stage, Grohl introduced the group by saying: “If you’ve ever seen a picture of Taylor Hawkins, most likely he was wearing a f***ing hat that said James Gang on it,” He further note that the band is “maybe [Hawkins’] favorite band of all time, Joe Walsh maybe his favorite person of all time.”

Hawkins never hid his true admiration to Walsh and his old group, and it seems as though the energy is reciprocated as well. Speaking with Rolling Stone in 2014, Walsh said his feeling of being a “Foo Fighter” for a day, being a guest rocker for the track “Outsider” from the band’s Sonic Highways album. “I got to be a Foo Fighter for a couple of days,” Walsh said. “You have to be in a good mood around those guys. It’s wonderful energy.”