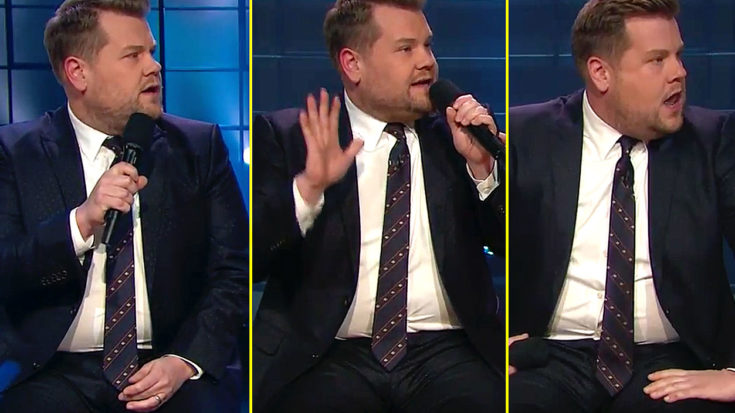 How Do You Pronounce “Hallelujah”?

Late Late Show host James Corden’s plans to bring about world peace using Leonard Cohen’s “Hallelujah” failed hilariously last night when his duet partner kept butchering the song’s most important word. Joined by Saturday Night Live funny lady Kristen Wiig, Corden revealed his hopes to heal a nation divided with “Hallelujah” and for a moment, it looked like it was going to work; until, that is, Wiig arrived at the chorus and pronounced “Hallelujah” with a hard j, earning laughs from the audience and a horrified look from Corden.

Before you know it, “Hallelujah” becomes “Holy-how-ya” and “Holy luau,” the latter prompting Wiig to hula dance while Corden looks on, equal parts horrified, angry, and trying desperately not to break character and laugh with the audience. Wiig’s ‘mistakes’ get even funnier when white doves fly into the audience and pyrotechnics go off behind her, further throwing off Corden’s plans for a peaceful, soulful duet together. Finally, Wiig gets it right – but only after Corden gets fed up and calls off the duet and allows himself to be calmed down with, “James, don’t let ISIS win.”

James and Kristen’s grand finale is nothing short of hilarious as a full choir walks out behind them, but they’ve got a little surprise of their own – one that finally makes Corden give up, and one that’s sure to leave you in stitches this holiday season. Enjoy!