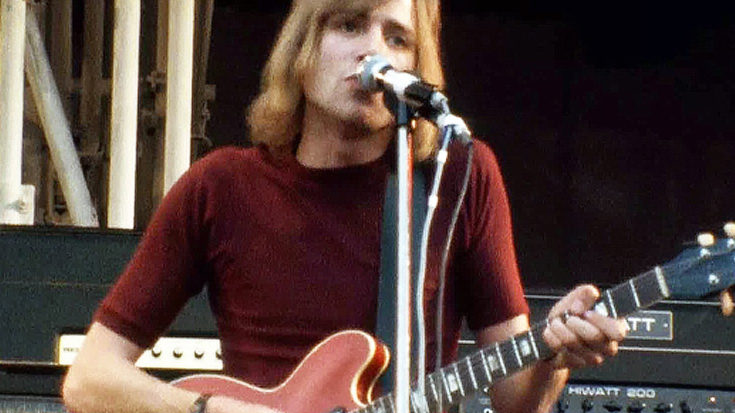 Written in 1967, ‘Nights In White Satin’ by the Moody Blues remains one of the band’s biggest hits to this day, and the star of the album on which it was originally featured, Days of Future Passed. In 1970, the Moody Blues took their act on the road as one of the headlining acts at the Isle of Wight festival, delivering a powerhouse performance that delighted the festival’s 600,000 fans.

With its lyrics that told of unrequited love, ‘Nights In White Satin’ went down as one of the most powerful performances at Isle of Wight in 1970. The Moody Blues took the stage in near darkness, and flanked by the remaining members of the band, frontman Justin Hayward proved to be a force to be reckoned with as he took the crowd of 600,000 on a journey that all started because of a set of white satin sheets.

Fun fact: Moody Blues frontman Justin Hayward wrote this at age 19, after being gifted with a set of white satin sheets by a girlfriend.

Somehow, seeing this song performed live and in the dark puts a special burn on it; suddenly, ‘Nights In White Satin’ isn’t just a song, but it’s an experience that most of us have been through as we dealt with unrequited love. This alone makes for a performance you definitely don’t want to miss!