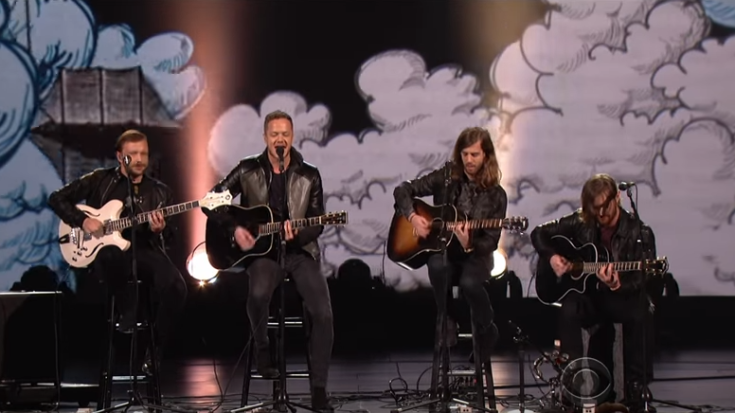 This isn’t everyone’s cup of tea, we get that, but we would also like to emphasize that cover versions don’t necessarily mean performing the song note-for-note or even using the same style. We definitely think Imagine Dragons’ rendition is superb and while nothing ever beats the original, this is obviously one of the better Beatles covers we’ve ever seen.

This served as a tribute to the Fab Four for their 50th Anniversary Show last 2014.

“It’s still hard for me to grasp that we played a Beatles song for Ringo and Paul. I know we’ve never been that nervous. We knew we weren’t going to do it better than they did. It was just a matter of not completely screwing up or disrespecting the song. I guess we pulled it off.” – Imagine Dragons guitarist Daniel Wayne Sermon

Well we can only imagine how it feels like to perform it in front of Ringo Starr and Paul McCartney. But “pulled it off” is putting it too humbly. It was fantastic no matter what the haters say.