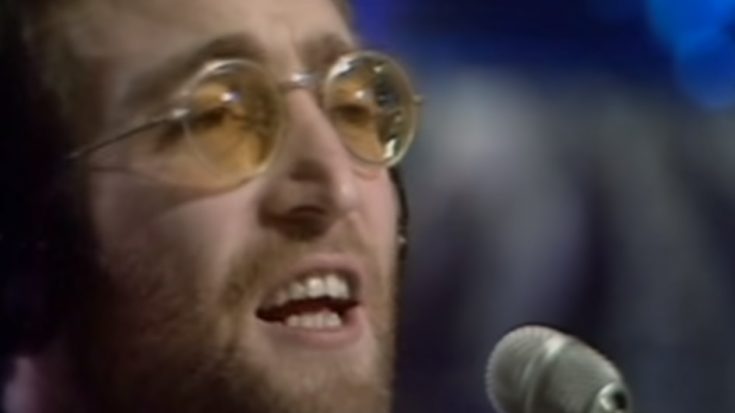 When talking about songwriters in the music industry, no one could ever dare leave out the world’s greatest band and its chief lyricist – the late John Lennon. But more than his time with the band, Lennon also wrote some iconic songs as he flew solo. Here are some of our favorite lyrics from good ole’ Johnny, compiled in a list of five.

From the Sgt. Peppers album is the iconic “Strawberry Fields Forever”, inspired by Lennon’s childhood memories in the Salvation Army children’s home – named Strawberry Fields – in Liverpool. Lennon takes notice of his uniqueness with the lyrics:

“No one I think is in my tree, I mean it must be high or low

That is you can’t, you know, tune in but it’s all right

That is I think it’s not too bad”

One of the final songs that Lennon released while he was still alive, “Beautiful Boy” puts things into perspective by revealing a common truth that is forgotten all too often.

Psychedelic-charged energy surges through the lyrics of “Tomorrow Never Knows”, which isn’t held back from the get-go. George Harrison points out the song is all about meditation and transcendence.

‘Turn off your mind, relax and float downstream

“Across The Universe” – Let It Be

Another nod at Transcendental meditation, which seemed to have taken root in the group, is discussed vividly in the song’s lyrics. Lennon even went as far as saying it’s one of the best lyrics he’s ever written. “See, the ones I like are the ones that stand as words, without melody. They don’t have to have any melody, like a poem, you can read them,” he said in an interview with Rolling Stone.

They call me on and on across the universe”

Undoubtedly Lennon’s most popular solo cut, “Imagine” and its message for unity and solidarity bears the weight of a collective world thought effectively.