How AC/DC Rose Up Like A Phoenix And Rocked Again 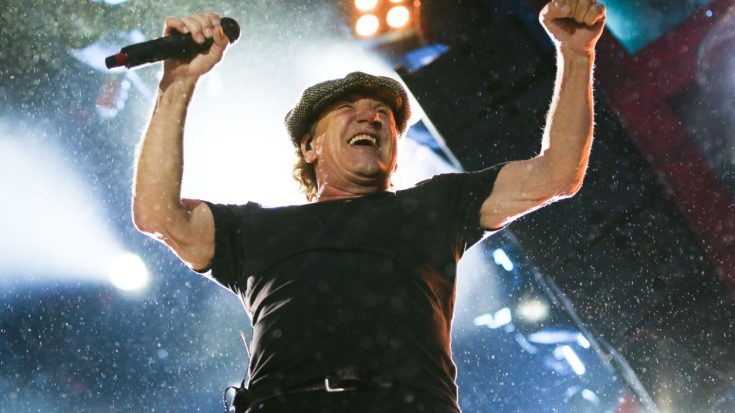 After Bon Scott’s death in February 1980, nobody thought that the Australian rockers AC/DC would continue to strive on. It was a devastating moment for the world – but an even bigger one for the band, who recently gained momentum with their 1979 album, Highway to Hell.

Scott’s death left AC/DC’s ambitions to bits and pieces, with no ambition to carry on. Angus Young, the band’s guitarist revealed in the 2009 Mojo interview that the incident left them to be depressed for weeks. “Everyone was walking around in silence,” Young revealed. “Nobody knew what to do…We were so depressed.”

Scott’s family, more specifically, Bon’s father, wanted the band to continue making music without Bon and even suggested finding another frontman because that’s what his son would’ve wanted. “When we were leaving, Bon’s dad said, ‘You’ve got to find someone else [to sing], you know that,’” Malcolm Young recollected. “And we said, ‘We don’t know what we’re doing.’ He said, ‘Well, whatever you do, don’t stop.’”

A few weeks in, the band was starting to gain their energy, and thus the decision to find a replacement lingered with them. One of the names mentioned during the discussion was Brian Johnson, a singer from the U.K-based rock group Geordie, whom Scott adored.

“Bon [had] seen this guy perform in Geordie and he was rolling around the floor screaming his lungs out,” Angus recalled. “Bon said it was the best show he’d ever seen. For Bon, Little Richard was the rock ‘n’ roll singer, so for him to say this about Brian we thought, ‘We’ll go see if we could find this guy Bon was talking about.’ That’s how we got him.” That incident of Johnson rolling around the floor was only a result of his appendicitis – that’s why he had to roll on the floor for the performance.

After a series of events, AC/DC welcomed Johnson with open arms, and by April of 1980, the whole world knew the band’s new singer. They proceed to create their most-successful album of all time, Back in Black, and the rest is history.