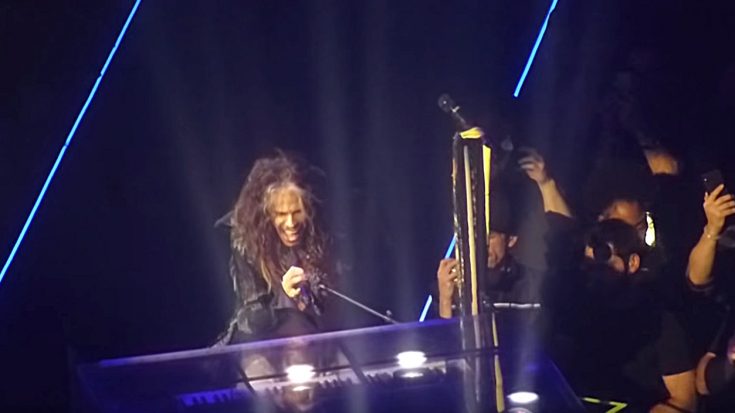 Just a couple of years ago, legendary rock band Aerosmith announced that they’ll be partaking in a permanent residency in Las Vegas, Nevada. The news sent fans into a frenzy, especially the ones who are actually there in Vegas.

It’s certainly no secret that Aerosmith put one one hell of a show. Back then, today, and forever they will be one of the most influential and iconic bands to ever take the stage. They have a style, charisma, signature sound that’ll simply never be replicated. They are one of the absolute best, pure and simple…

Their long-awaited residency finally kicked off just the other day, and while there was no official footage taken of the night, many fans had their cameras at the ready to capture clips and other bits of footage.

One fan, in fact, caught several different songs on camera. One of which was their iconic smash hit “Dream On”, which was one of the songs used to close out the show. A fan by the name of michael johnson caught this performance on camera making it the first piece of footage we have from the concert. See below.

What do you folks think? How do they sound? Let us know in the comments!