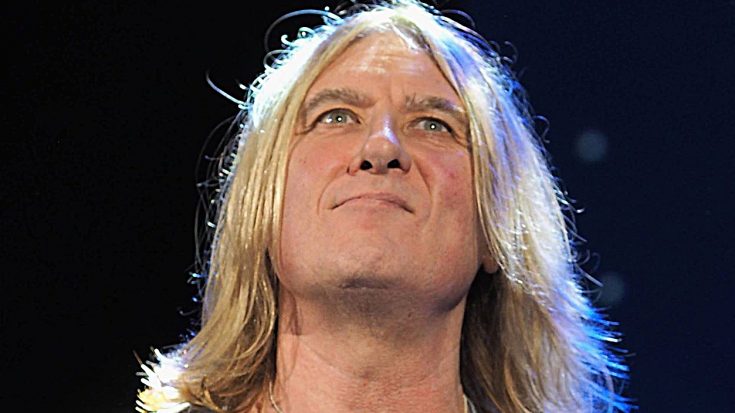 Legendary rock band Def Leppard have had quite the weekend. They were just inducted into the Rock & Roll Hall Of Fame Class Of 2019 as the headlining artists. It goes without saying that this incredible group of musicians are more than deserving of this prestigious honor for all they’ve been through and the timeless music they’ve given us.

During his acceptance speech, frontman Joe Elliot mentioned just about every person and every story that was a part of the band’s storied career, but what he conveniently left out something; something he’d have glossed over in their legendary career.

Did you know that Def Leppard actually had a biopic made for them all the way back in 2001? It’s true. It was called ‘Hysteria – The Def Leppard Story’ and all I’ll say is this: Joe HATED it.

If you’ve seen the movie you’ll know that there is a huge list of historical inaccuracies and wasn’t even afforded a theatrical release making it arguably the least successful rock biopic in history. In fact, during a recent interview with Rolling Stone, Joe was asked about the possibility of a film being made about the bad to which he said this…

“We were subjects of a VH1 movie 20 years ago that was the biggest pile of shit ever made. I doubt very much anybody would be really interesting in making another one. We’ll see. We’re open to anything. Somebody comes along because ‘we want to make a movie about you guys,’ why not?”

So. A couple of questions. Did you ever see the old biopic? If so what did you think?

Second question. Would you be open to seeing another version of the biopic? YOU let us know!