Gene Simmons Makes Another Controversial Statement, But People Are Saying He’s Gone Too Far This Time… 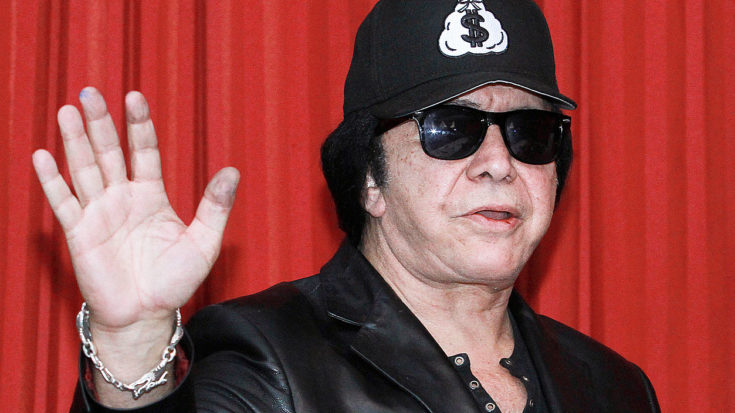 This Was Never Going To Go Over Well…

It goes without saying that legendary rocker Gene Simmons and controversial statements really go hand & glove. Gene Simmons is without a shadow of a doubt one of the most unapologetic and outspoken celebrities ever. I’d even be willing to say that he makes these controversial statements on a very consistent basis. This time around is certainly no different, however, people are saying he’s gone too far this time.

In his new book ‘‘On Power: My Journey Through the Corridors of Power and How You Can Get More Power’, Gene Simmons wrote about his view on women being able to achieve power through their looks and them trying to have careers while having kids. Here is what he had to say.

“Women have a choice,” he told The New York Post. “They can dress in potato sacks, [but] as soon as they pretty themselves up with lipstick, lift and separate them and point them in our general direction, they’re gonna get a response. Guys are jackasses — we will buy them mansions and houses . . . all because of sex.”

“Get over your biological urges,” Simmons said. “It’s natural to want to have kids, but, sorry, you can’t have it both ways. You have to commit to either career or family. It’s very difficult to have both.”

Now, as you’d imagine, this got Gene some backlash on Twitter…

Rock and roll all night and party every day? Sure.

But have kids AND a career? Inconceivable! https://t.co/gAqXtlhk1m

Gene Simmons says “women can’t have it both ways. You have to commit to either a career or family.” Is he right?

I just love it when rich celebrities tell all women how to live.https://t.co/f4anPfzRg4

Who would've thought that someone who looks like this would say something stupid? #GeneSimmons pic.twitter.com/8J8iCArklL

Gene Simmons says women can’t have a career and kids. https://t.co/BdYp2EiWh7 Someone should remind him that he dated @cher and she did both.

Gene Simmons, however, clarified these remarks…

“We want you [women] to be as attractive as possible for us [men] and for each other.” Gene Simmons responds to his controversial comments on women pic.twitter.com/649vdjTFOk

Now, Rock World, let us know what you think! Do you agree with what Gene is saying, or do you disagree?