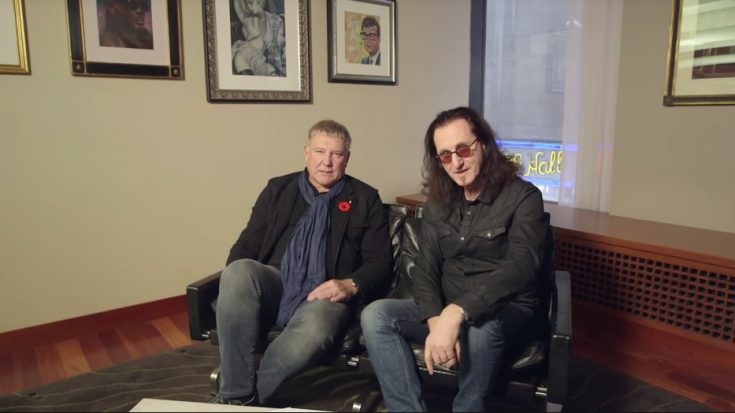 Although prog rock band Rush has already announced their disbandment on 2018, with Alex Lifeson saying, “We have no plans to tour or record anymore. We’re basically done. After 41 years, we felt it was enough,” a recent interview with Toronto Sun might prove otherwise. Geddy Lee proclaimed in the interview that the bandmates remain good friends, with him and Lifeson visiting their former drummer Neil Peart quite often.

Although Lifeson’s prior statement about new material might hold true, Lee said “It’s certainly possible that Alex and I would do something down the road.” However, Lee is still having second thoughts, saying “I’m reluctant to leave my family again. So for me to do another musical project that would involve touring etc., it would have to be something I feel really strongly about. I’m not saying I wouldn’t do it. But I would have to be so charged up about it, it’s worth that separation.”

Rush was last seen together and performing on August of 2015, although Peart’s insistence of it being his last performance wasn’t taken seriously by Lee, he eventually realized the chance of getting back on the road was virtually nil. “We should have known it was the last show,” he said. “But I think being eternal optimists, we hoped that after a break we would be back out there. That never materialized.”

Lee is currently promoting his book, Geddy Lee’s Big Beautiful Book of Bass, and features his massive collection of basses, with interviews of other bassists such as John Paul Jones, Bill Wyman, and Robert Trujillo, among others.