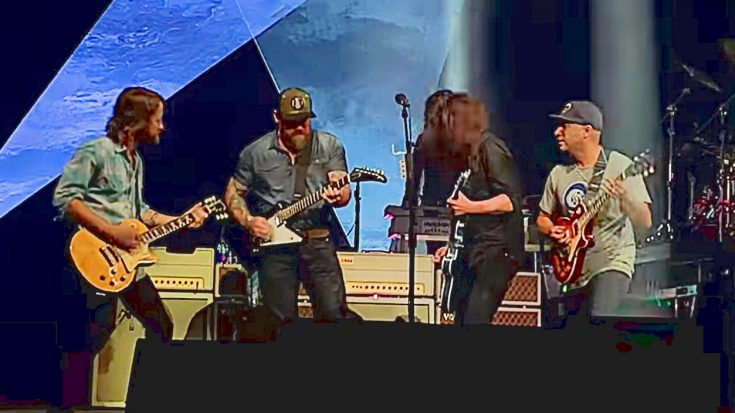 THIS Is How It’s Done!

Well, folks, Super Bowl 53 is now officially a thing of the past and all we can really say is that through and through the event was rather lackluster. The New England Patriots came out on top over the Los Angeles Rams 13 to 3 with only one touchdown and one field goal. Then there was the halftime show featuring Maroon 5, Travis Scott, and Big Boi, and while each artist played to the best of their ability, it just wasn’t well received…

In fact, it’s just safe to say that the entire night wasn’t really well received, but the night before we were treated to an epic performance that you might’ve actually missed…

This past Saturday night, Foo Fighters, Zac Brown, Tom Morello, and Perry Farrell were all present at Super Saturday Night, the concert that kicked off Super Bowl weekend. The supergroup played a slew of classic songs and no doubt brought the house down doing so, but the one song they covered that everyone is talking about is “War Pigs”.

With Zac Brown and Dave Grohl on vocal duty and those two plus Tom Morello holding it down on the guitar, this supergroup gave a whole new meaning to the phrase “doing a song justice”.

Luckily for us, someone in the audience caught this whole epic cover on video and as you’ll see, though and though, this performance was truly epic. In fact, many people are saying that THIS should’ve been the halftime performance. See for yourself!