Foo Fighters, Jimmy Page And John Paul Jones Team Up For Once In A Lifetime Performance 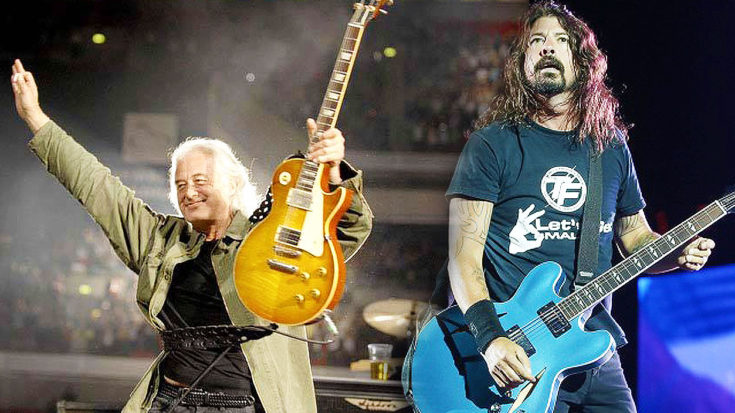 A Once In A Lifetime Performance

In 2008, the Foo Fighters performed in front of 86,000 people at the historic Wembley Stadium in London, England. In arguably the biggest performance in the band’s career, the Foo’s decided they needed to make the night extra special. As a final encore, the band invited up Led Zeppelin’s very own Jimmy Page and John Paul Jones onto the stage to send off the British crowd with an epic performance! Foo’s frontman Dave Grohl assumed the drums on the song, while regular drummer Taylor Hawkins took over the vocal duty.

The legends shared the stage, and jammed out to the hit “Rock & Roll” off of Led Zeppelin IV. Grohl, a massive fan of Zeppelin, had the biggest smile on his face, and Jones and Page looked like they were thoroughly honored to join the Foo’s on stage that night. Before Page and Jones hopped on stage, Grohl expressed how grateful he was of the British people, and how he truly felt that they contributed immensely to the Foo Fighter’s success as a band. The song includes an epic solo from Page, a flawless bassline from Jones and Grohl and Hawkins both do a great job of channeling Bonham and Plant, respectively.

Check out the video below, and revel in this glorious moment in rock n’ roll!