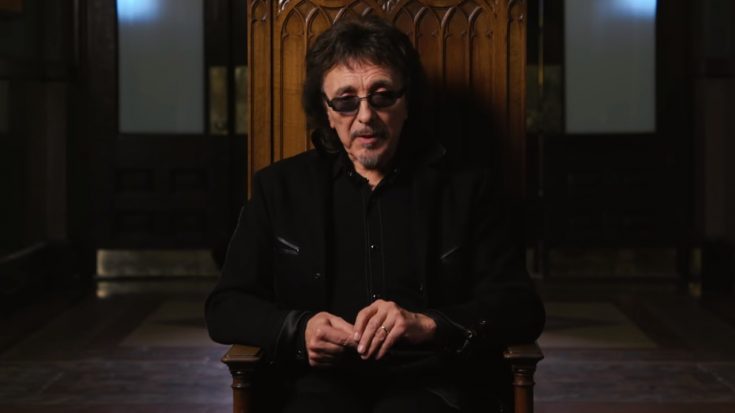 The infamous freak accident that Tony Iommi suffered early on in his life probably helped shaped Black Sabbath’s music, in a way. Iommi was primarily interested in jazz playing when the accident cost him the tips of his middle and ring fingers of his right hand, forcing him to drastically change his playing style.

In an interview with Rolling Stone, Iommi shared his songwriting techniques, saying, “I’d sit in a room and start imagining what sort of thing I wanted to play, like an actor putting himself into a part. But in the early days, it was probably hash or something that brought out our vibe. I never used to smoke it at all, but when we did start smoking, bloody hell, all sorts of things would pop out, good and bad. But even then, I would have probably still put myself in a mindset, imagining something that’s big and demonic or whatever, and try and put it into music.”

He further points out how smoking hash and its resulting effects influenced how Black Sabbath approached their creative process. Citing “N.I.B” as an example, Iommi said, “We’re in this dirty, old dressing room, smoking some dope,” he recalled. “And one day Ozzy said to Bill, ‘Bill, your face looks like a pen nib.’ And it just stuck. We always call Bill ‘Nibby.’ Then it got into the song, ‘N.I.B.’ The title was ‘Nib,’ but we put the dots in there to make it ‘N.I.B.’ Some people have said they thought it stands for ‘Nativity in Black,’ which sounds like the posher version.”

Iommi also went into detail on how his industrial accident introduced problems into his playing style, stating that: “Even to this day it’s still a problem. I had to try and come up with a heavier sort of sound for the Sabbath thing, because there’s certain things I couldn’t play. So I play a lot in E and let the open E string ring out. Eventually, I got a way of playing that suited me.”