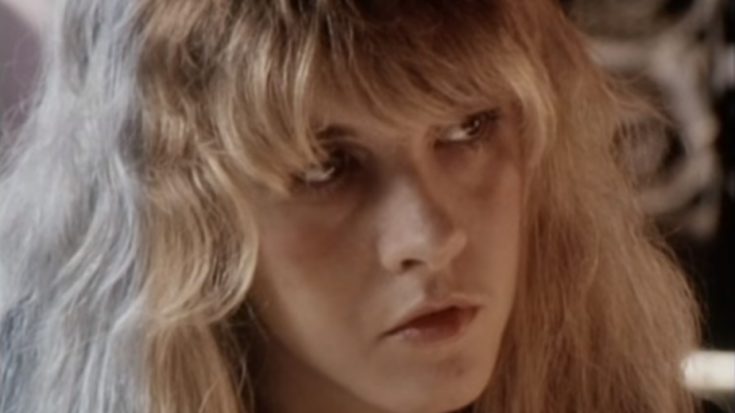 From being a no-name singer for a school band to being discovered by Mick Fleetwood (in tow with Lindsey Buckingham), Stevie Nicks became a classic tale of rags to riches. She became Fleetwood Mac’s muse and siren, providing the essential sound of the band with her unrivaled charisma and strong vocals. But things weren’t always smooth sailing for Nicks, following her dysfunctional relationship with the band and Buckingham himself. Still, she rose up to the occasion and put herself back on her feet with her successful solo debut and career that followed. With that being said, here are some facts from our favorite rock banshee, Stevie Nicks.

Stevie Nicks was imparted the gift of music from an early age by her grandfather, Aaron Nicks, who was a struggling country singer. He taught Stevie how to sing, especially in duets, and how to play the guitar, often accompanying him during local gigs at bars and gin mills where she would prance and sing along with the music.

From Jimi, To Stevie

Nicks became a part of Lindsey Buckingham’s earlier band, Fritz, who performed some numbers for high-profile acts like Janis Joplin, Buffalo Springfield, and even Jimi Hendrix. During a specific gig with Hendrix, the guitar god pointed at Nicks who was spectating the performance and dedicated a song to her.

The singer-songwriter’s ability to forge songs from her soul is clearly deserving of acclaim, but despite her EIGHT Grammy nominations as a solo artist, Nicks never brought home the bacon. She has, however, snagged one Grammy as a part of Fleetwood Mac for Rumours, which won the Album of The Year award.

Love of Her Life

While Nicks has been notorious to have been linked with men close to her, like Buckingham, Mick Fleetwood, and even Don Henley, none of them would ever get the honor of being called Nicks’ love of her life. Nicks revealed that the spot was reserved for Henley’s bandmate, Joe Walsh, whom she was in a relationship in the ’80s but failed miserably because of their substance abuse issues.

We All Need That Push

Nicks admitted that a certain tap dance number from her sixth grade days became the jump start of her passion to perform onstage. The routine was successful, with the response she got from the audience being the push she needed to become a performer.