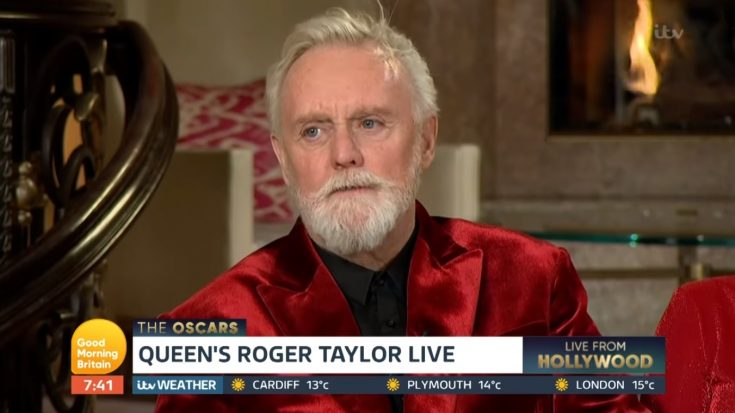 Queen drummer Roger Taylor didn’t mince words when asked about his opinion of film reviewers who were critical of the band’s 2018 biopic, Bohemian Rhapsody.

“Fuck you,” Taylor spoke his mind. “Fuck you all the way to the bank.” This happened in an interview with Planet Rock. While the film was massively successful internationally, like raking in over $900 million in worldwide box office sales and various Academy Awards, some critics still shot it down with snide comments. Roger Taylor didn’t do much to conceal the fact that he felt the same way towards the movie’s critics as well.

“There was kind of a mood of … an expectation of disaster,” Taylor said, referencing the negative publicity the film had in England. “We’re a funny old country, aren’t we? The trouble with [Queen] is, we’re too fucking popular, and a lot of the media just hate that.” He also said that “there were some decent reviews … but there were many that were kinda sneering and superficial. I thought, ‘You just don’t get it, do you? You weren’t moved.’”

Taylor also acknowledged the positive feedback and reviews from moviegoers, “I think people know a lot more than film critics, and the word of mouth via social media is so much more powerful than [a] review from a guy who probably watches 40 movies a week and has probably lost the essence of the joy of a movie,” he shared.