Ever Heard The Story Of The Time Janis Joplin Knocked Jim Morrison Out Cold? You’re About To! 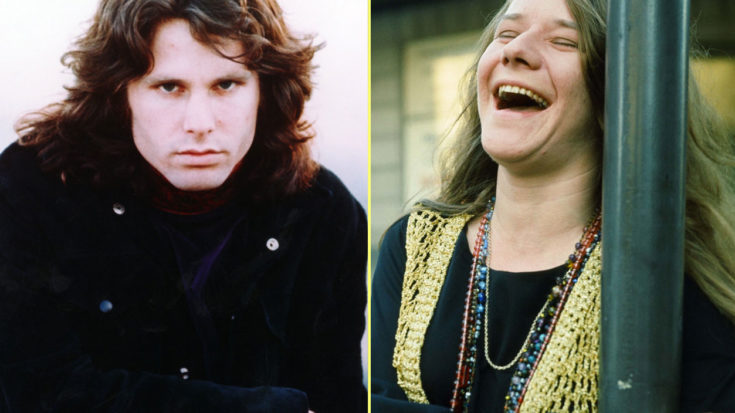 Southern? Yes. Comfort? Not So Much

For all of her insecurity and longing to be loved, Janis Joplin didn’t suffer fools gladly – ever. Whether it was decking Jerry Lee Lewis backstage for saying something unkind to her sister Laura or, in this case, fending off unwanted advances, Janis was fearless when it came to physically defending herself or the people she loved – something Doors singer Jim Morrison found out the hard way.

As the story goes, Janis and Jim met at a party after being thrown together by producer Paul Rothschild, the attraction between them immediate. Fascinated by each other as the drinks kept pouring, the night wore on and as Janis continued to drink, so did Jim – who according to Rothschild became “a cretin, a disgusting drunk” and in turn became rude, violent and generally unpleasant to be around.

Janis, completely turned off by Jim by this point, shot him down at every turn and eventually tried to leave with Rothschild and nearly got away before Jim, three sheets to the wind, followed her to her car and reached in, grabbing Janis by her hair in an attempt to pull her out.

This would have worked, had Janis not grabbed her bottle of Southern Comfort and cracked him over the head with it, immediately knocking the Doors frontman out cold.

Now normally, this would have been the end of things – but the next day at rehearsal, Jim was absolutely smitten with Janis, begging Paul Rothschild to give him her phone number.

“I had to say, ‘Jim, Janis doesn’t think it would be a good idea for you two to get together again.’ And they never did. He was crushed.”