Even 43 Years Later, Stevie Nicks Sings “Landslide” Like Only She Can 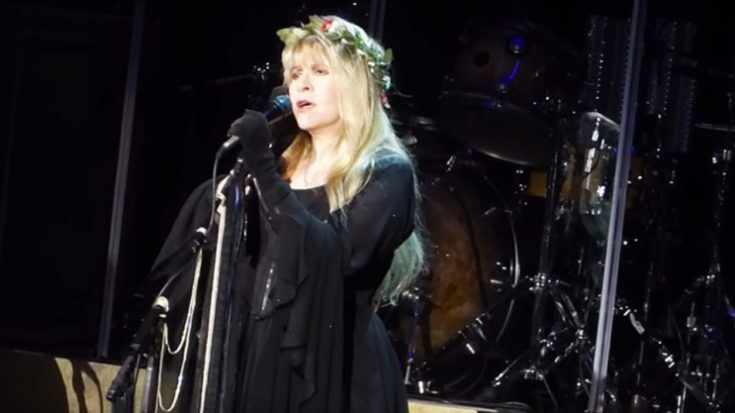 A Legend At Work!

What more can we say about Stevie Nicks? She is simply one of the best carbon-based life forms ever created. If you ask us, she is flawless. With the beauty of a goddess and a voice that suites, Stevie Nicks is without a doubt one of the most beloved rock front-women of all time, literally. I could just go on and on about her, but to talk about how awesome she is would just be giving you information you already know.

One of the songs that helped launch Stevie Nicks to unprecedented heights is a song called Landslide, you may have heard of it, it’s a bit of an absolute smash hit! But in all seriousness, this is without a doubt of the most iconic songs in music.

With just one guitar, and one voice, this song is simultaneously one of the most peaceful and most powerful songs ever. It’s a song that’s been covered a trillion times, but there’s nothing like the original, and the original singer.

What you’re about to watch is a video in which the aforementioned Stevie Nicks takes to the stage in Baltimore, Maryland and sings the aforementioned song Landslide. As you’ll see, there’s nothing like the original singer doing this song justice. Stevie Nicks can do no wrong, and that much is proven in this hypnotizing performance. Don’t believe me? See for yourself!