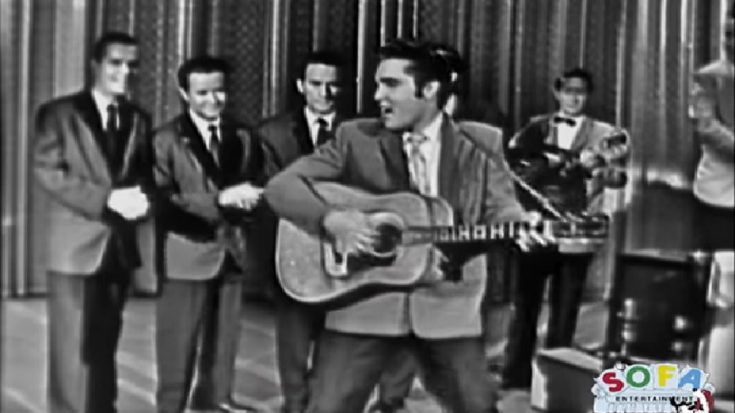 Elvis Presley and Ed Sullivan reunited in the New York studio a month and a half after Elvis’s initial booking on the Sullivan Show for a second performance, the second of three appearances the host had booked with the singer.

All the old favorites like “Don’t Be Cruel,” “Love Me Tender,” and “Hound Dog,” plus the fresh new single “Love Me,” were performed on the familiar stage. More insanely high ratings for Sullivan followed, and so did a rising consciousness of the dangers of rock ‘n’ roll, personified by Elvis’s highly gyrating lower legs, which the camera again shirked from showing at vital moments, with no intention of fooling anyone. Rest assured that this sparked so much controversy in America that on the King’s 3rd appearance on the show, he had to be filmed from the waist up only! But the more the adults fought back, the more millions of young people united behind Elvis. It was, what we refer to as a cultural “reset,” and thanks to Elvis, he changed the perception of rock and roll forever.

Nevertheless, he crushed every single performance and girls were more than ready to give up all their larynxes from all the shouting they did to prove that they were swooning over this ever-charming guy from Mississippi.

Take a look at Presley’s performance of “Hound Dog” below and see for it yourself.