Elton John Talks About His Looks From 1968 To Present 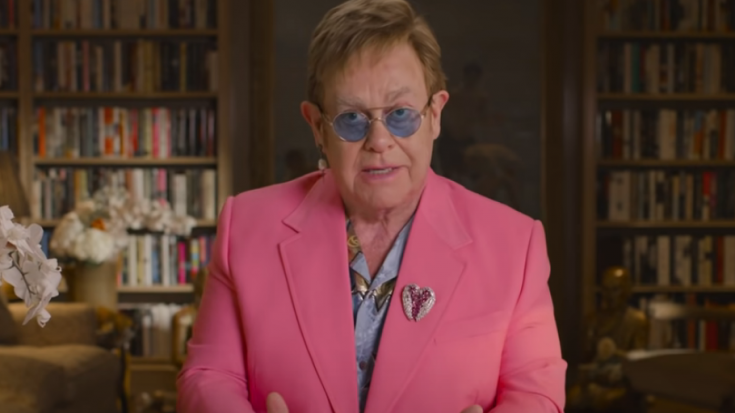 Elton John is not just a music legend— he is also a star in the fashion world. Known for his flamboyant outfits, knows how to mix and match and pair colors with a sense of boldness. Check out his new video from Vogue wherein the singer revisited some of his iconic styles over the years.

Wearing a pink suit, John sort through the many looks of his from 1968 to 2021. One could observe that the singer matched his style depending on the current moments of his life. An example is his first-ever publicity shoot where he wore a simple outfit until it gradually changes – depicting his fame and status that’s also gradually rising to the occasion.

He also made sure to discuss his ever fabulous and quirky outfits on-stage, saying that he couldn’t grasp the idea of looking so plain while performing to thousands of people. “When you put your costume on, you’re ready to perform,” he told Vogue. “I couldn’t ever come on stage and look normal.”

He also named “the giant chicken outfit” he wore at the Muppet show as one of his favorite looks of all time. Created by Bill Whitten, an excellent designer in the 70s, he had the most fun wearing this outfit, although its heaviness and the fact that he gets feathers in his mouth when he sings were the challenging parts of its style. But hey, what’s fashion without the challenge?