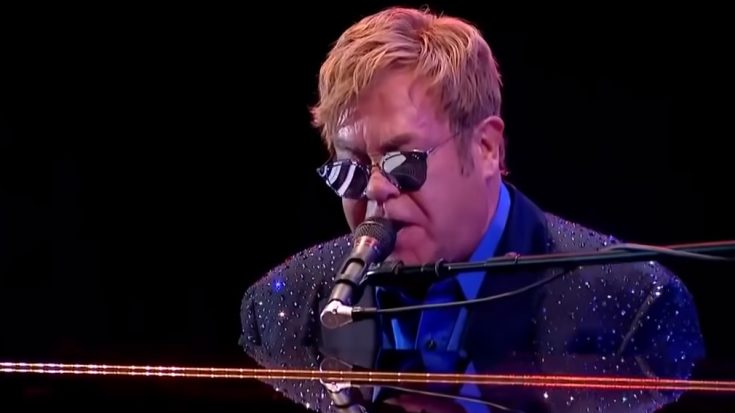 For someone as influential as The Beatles, it’s frequent to hear legendary artists such as Elton John discuss his admiration for one of the world’s biggest bands ever. In his youth, the Fab Four were a constant presence, and John will always be grateful for their colorful influence on his development. Eventually, John would befriend John Lennon, and even join him in his final performance before the latter’s career hiatus, and later on, his death.

When Elton first heard The Beatles at school, he couldn’t have imagined that just over a decade later, he’d be in the same room as them – more importantly, to befriend them. It was in 2020 that Elton remembered John Lennon; speaking with Lennon’s child, Sean, the singer recalled: “That was the kind of wonderful two or three-year whirlwind romance we had, and it was such an important thing in my life, Sean. It just really helped me. It gave me so much confidence.” The friendship between the two musicians became so strong that Lennon even asked Elton to be Sean’s godfather.

But, to everyone’s information, Elton wasn’t much of a fan during The Beatles’ early years. It even took a friend to convince him to listen to them, until he’d found his profound love for the band with their song, “We Can Work It Out.”

Elton explained the details during his appearance on the BBC Radio program, Tracks Of My Years: “ ‘We Can Work It Out’ is such a wonderful song… I was amazed when I was at Sain-Tropez playing at the Papagayo Club with my band Bluesology, [the Beatle album] Revolver was out and it was a big part of my life. But I’ve chosen [“We Can Work It Out”] because I just love the song.”

Elton John might’ve taken a long time to be convinced of the Fab Four’s brilliance, but there’s never a clock to determine one’s impact on our lives. We’re glad that Elton John recognized The Beatles’ greatness, and by the looks of it, it seems as though the Beatles, more particularly, John Lennon, did recognize Elton’s too.