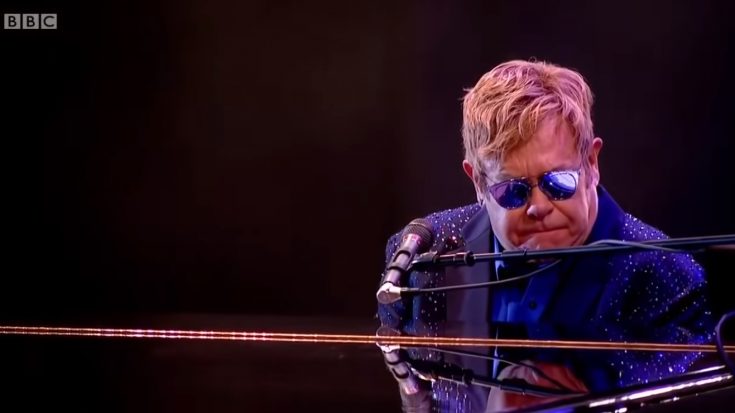 Musician extraordinaire Elton John poked fun at John Lennon and his shopping habits in a bizarre way: by rewriting the lyrics to “Imagine” to fit the narrative.

This was revealed in Elton John’s new memoir, Me. While Elton is known for his excessive shopping habits, this didn’t stop him from poking fun at John Lennon and Yoko Ono’s own habits as well. “Out shopping one day I realized I might have exhausted the possibilities of retail therapy when I found myself buying a cuckoo clock that, instead of a cuckoo, had a large wooden penis that popped in and out of it every hour,” Elton said.

“I gave it to John Lennon when I went to visit him. I thought it was a good present for a man who had everything.” Elton continued, “John and Yoko were as bad as me when it came to shopping. The various apartments they owned in the Dakota were so full of priceless artworks, antiques and clothes that I once sent them a card, rewriting the lyrics to ‘Imagine’: ‘Imagine six apartments, it isn’t hard to do, one is full of fur coats, another’s full of shoes.’”

He also reflected on his past cancer surgery and its dangerous implications, “A few years previously, I’d managed to play nine gigs, take 24 flights and perform with Coldplay at a fundraising ball for the AIDS Foundation — with a burst appendix. I could have died: Normally when your appendix bursts, it causes peritonitis, which kills you within a few days. So I had my appendix out, spent a couple of days in hospital and a few weeks recuperating, then went back on the road. It’s just how I am. If I hadn’t got the constitution I have, all the drugs I took would have killed me decades ago.”