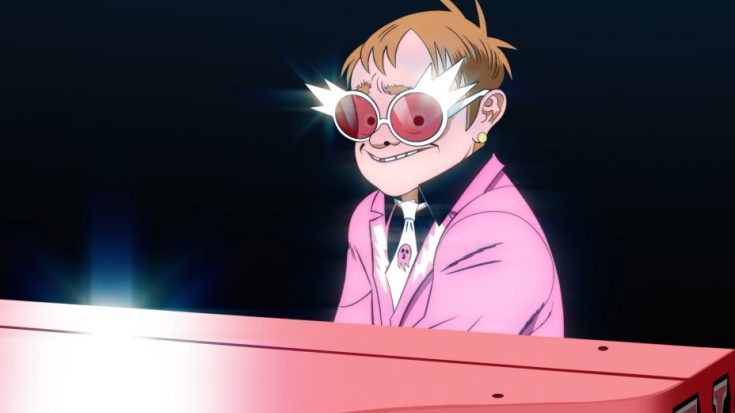 Who would’ve thought we’d see the day where Gorillaz teams up with the legendary Elton John? Well, here it is. Virtual band Gorillaz is known for collaborating with a lot of artists, and this time, it’s the Rocket Man himself. The two work together on the song, “The Pink Phantom”, along with rapper-songwriter 6LACK.

This new song featuring Elton John is a cornucopia of unique elements, including dual pianos and auto-tuned rap. While it might not work for everyone, the song does have its merits. “The Pink Phantom” is part of Gorillaz’s Song Machine project, a compilation of singles and music videos referred to by the band as episodes. This project has a broad spectrum in terms of genres and guests, which include punk rock and bossa nova. The Cure’s Robert Smith, drummer Tony Allen, and rapper Slowthai have pitched in their part, as well as American artist ScHoolboy Q who is featured on the catchy “Pac Man”.

The virtual group also released a pair of short outro tracks where they talk about a certain character. An album dedicated to Song Machine cuts, titled Song Machine Season One: Strange Timez, will be released on Oct. 23. And although there is no confirmation if there will be multiple seasons of Song Machine, drummer Russel tells DIY Magazine that the “World is moving faster than a supercharged particle, so we’ve gotta stay ready to drop.”