Dire Straits’ Rock Hall Reunion Ultimately Comes Down To One Thing, And It’s Not Looking Good… 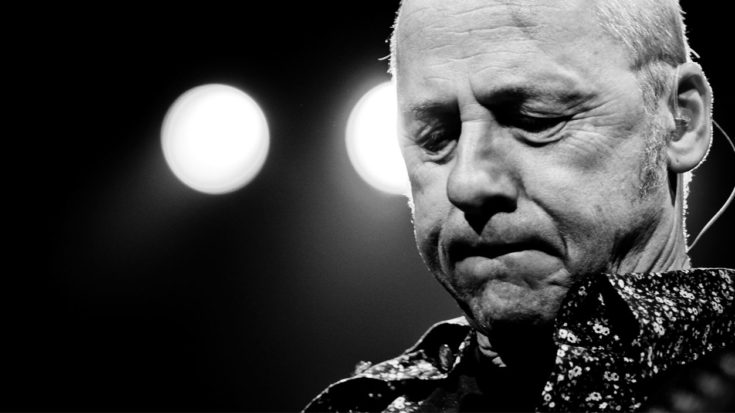 Will They? Won’t They?

If you’ve been holding out for a Dire Straits reunion to the tune of “Sultans Of Swing,” you may be disappointed; bassist John McIllsley reveals that while he and Mark Knopfler will almost certainly be in attendance to accept the honor, the decision to actually perform ultimately rests in Knopfler’s hands and after 25 years away from Dire Straits, he might not feel the urge to jump back into the thick of it, even if it’s only for a few minutes.

“Mark is quite sort of restrained about things like this. I think it would probably be important if Mark and I were there,” reveals McIllsley.

“I’ll definitely be there, and I’ll definitely talk Mark into coming as well. It’s essentially up to him if he wants to do anything, and I completely respect his feelings about it. He doesn’t want too much white light.”

Though they played their last show 25 years ago, Dire Straits aren’t technically broken up; McIllsley says they “sort of called it a day as far as making records and touring was concerned,” going their separate ways but retaining solid friendships with each other all around.

Sure, they could get any number of artists to pay tribute with “Sultans Of Swing,” “Money For Nothing” and “Walk Of Life” should Mark Knopfler decide to just enjoy the evening without the pressure of rehearsals, drafting setlists and fielding hundreds of thousands of questions as to whether Dire Straits are reuniting for good, but there’s something about living bands performing at the Rock and Roll Hall of Fame induction ceremony that’s simply just a rite of passage that so many dream of and only few will ever accomplish.

Whatever Mark decides, there’s no denying that this is an exciting chapter in Dire Straits’ history that we’ll be proud to tune into, and an accomplishment that couldn’t be more well deserved. Congratulations, and we hope to see you onstage!